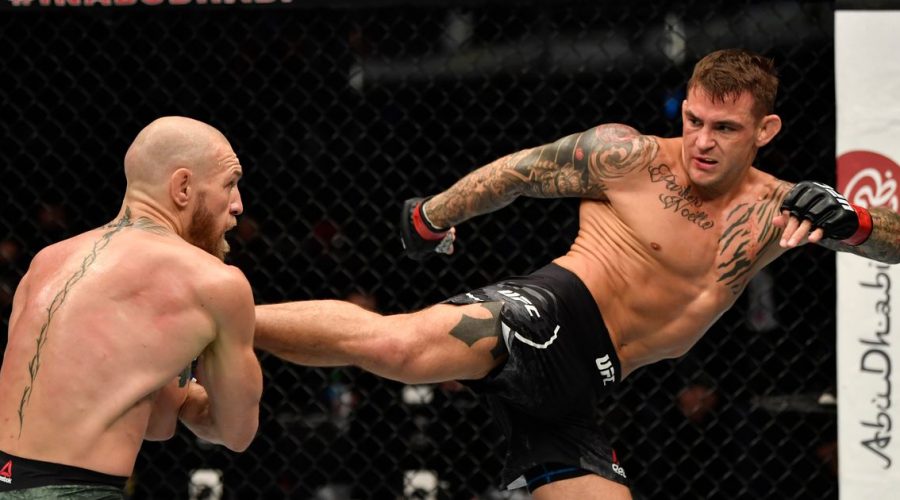 Dustin Poirier has taken a swipe at Conor McGregor's 'heart' going into their highly anticipated trilogy fight later this month.

The American got the better of McGregor in their rematch this January, and many fans and experts believe that the former two-weight world champion doesn't have the drive to reach the pinnacle of the sport again.

McGregor was named the richest athlete of the last year by Forbes, and Poirier has swiped at his rival's riches in a promotional video for their fight in Las Vegas at UFC 264.

“You can have all the money in the world but you can’t buy heart and I got that.”

Whoever wins the main event of what is expected to be the UFC's biggest PPV of the year is expected to challenge Charles Oliveira for the lightweight title later this year.

And while bookies can't split the pair, who each hold a win over the other, there is a belief among some that McGregor is a spent force.

The Irishman has previously said that 'all the marbles' are on the line in this bout, with a shot at the belt for the winner, but a tough decision to be made for the loser.

Poirier upset the odds in their last meeting, beating McGregor by second-round knockout, having suffered the same fate in the first round of their initial meeting in 2014.

And former champion Khabib Nurmagomedov, who fought and beat both men, has said that McGregor only has a small window to get the upper hand on Poirier, before the bout gets out of his control.

"If it’s the first round [for a finish], I’d back Conor. From the second and further, then Dustin [wins]."

The UFC 264 event has lost two key fights over the last few weeks, but luckily for the promotion, top prospect Sean O'Malley was able to find a replacement for his cancelled bout.

The American was supposed to face veteran Louis Smolka to open the main pay-per-view card, but Smolka pulled out due to an injury, and has been replaced by newcomer Kris Moutinho.

On the prelims, former interim title contender Kevin Lee was set to face Sean Brady, but was forced to pull out of the bout due to a knee injury.

It was to be his return to the cage for the first time since early 2020, where he lost to the current champion Oliveira, and his first fight back in the welterweight class.

There will be a 20,000 capacity crowd at the T-Mobile Arena for the event, the first full crowd in Las Vegas at a fight since the onset of the coronavirus pandemic in early 2020.