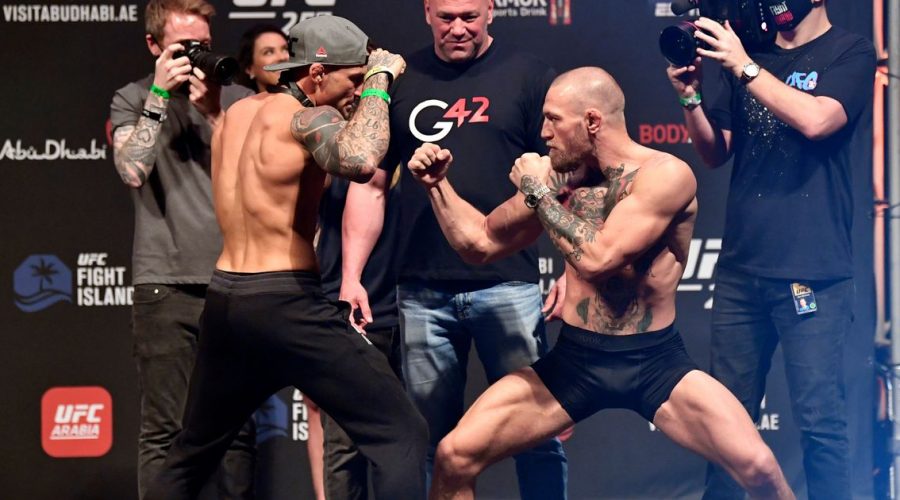 Dustin Poirier wanted his trilogy fight with Conor McGregor to be held at 170lbs – but his request was swiftly rejected.

The pair have fought twice already, first at featherweight and then lightweight, and so a third bout at a third weight would have added a new dynamic to the contest.

But Poirier revealed the UFC turned down his offer – which he took to mean the winner of the third meeting will fight for the lightweight title.

"The UFC wanted it at 155, so I know what that means, it means that the winner of this fight is going to fight for the belt."

McGregor also publicly denied Poirier's offer back in April, simply tweeting 'no' when it was suggested, and later told fans to give him until the end of 2021 before making a run for Kamaru Usman's welterweight title.

And Poirier has admitted that McGregor's insistence on fighting despite being named the richest athlete in the world is what makes him so dangerous.

"The thing with Conor," Poirier continued. "Is that when I think about his approach to this fight or fighting in general is that the man doesn't have to fight, you know he's got money, he doesn't have to work a day in his life.

"He's doing this not because he has to but because he wants to, and that shows me that he's motivated and he's not going out there to collect a cheque or lose.

"He's not just showing up for work, he wants to show the world that he's the best and that motivates me to show up at my best because that's a dangerous man right there."

Poirier is still chasing the UFC's undisputed world lightweight title, a belt that has eluded him in his decade-plus professional career thus far despite wining interim gold in 2019.

He defeated Max Holloway for the interim belt at UFC 236 while then-champion Khabib Nurmagomedov served a suspension, but lost the unification bout five months later.

And he is now just one fight away from another shot at the belt, for which he is currently ranked as No.1 contender in the division.

Charles Oliveira was recently crowned new lightweight champion after defeating Michael Chandler at UFC 262, and is expected to face the winner of Poirier-McGregor 3 later this year in his first defence.

UFC 264 takes place on Saturday July 10 and will be the first fight in Las Vegas with a capacity crowd since March 2020.