UFC stars Dustin Poirier and Dan Hooker have showed off their horror facial injuries after their titanic fight on Saturday night.

Poirier won on a unanimous points decision but only after recovering from a second-round knockdown at UFC Fight Night: Austin at the Apex Centre.

Despite coming so close to victory, Hooker seemed in good spirits when posting a video online, showing his bruised face and bloody right eye, after being treated in hospital. 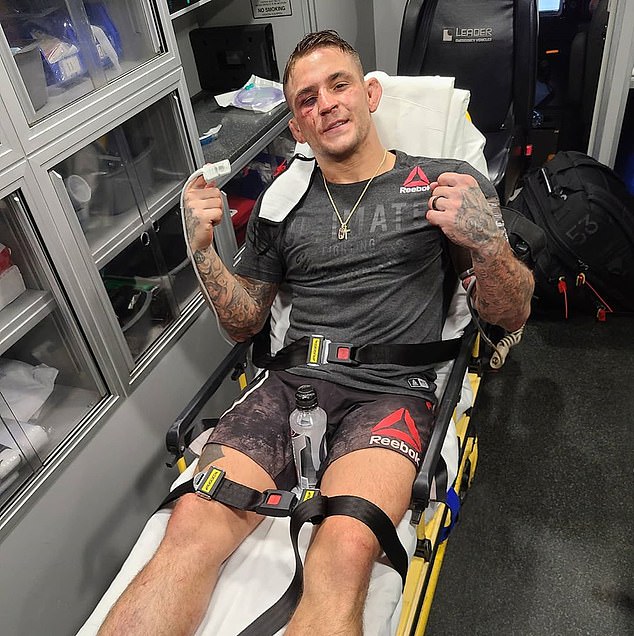 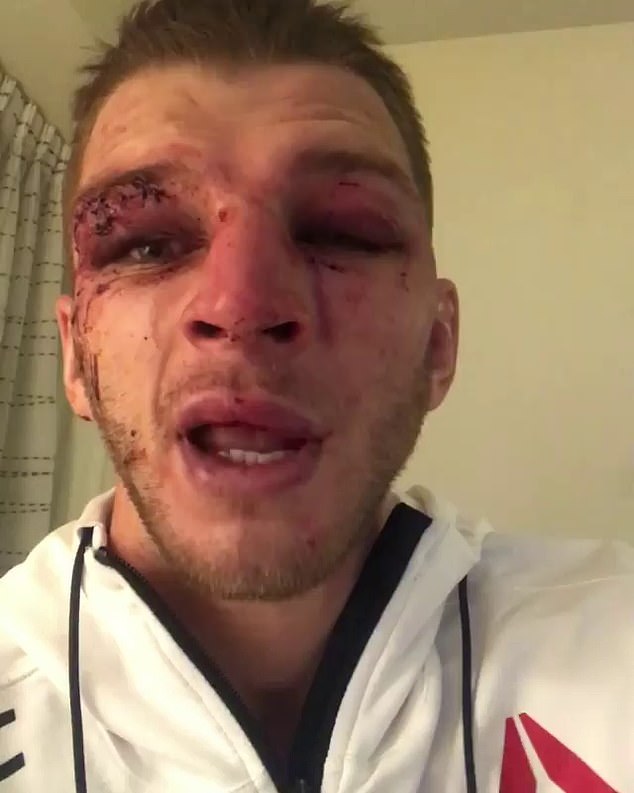 ‘Hey everyone, just back at the hotel with the lads,’ Hooker said.

‘Having a feast, just got checked out of the hospital, everything is all good, just a couple of stitches on the eye. But hey, that’s the game the game we play no worries.

‘Just a small setback and then I’ll be back.’

The champion Poirier also went to hospital after the fight, saying: ‘It was a tough one, Dan came to fight. He’s a tough guy. He’s on the rise. He really thought he was going to get past me. I trusted in my team, in my skill and my work ethic. 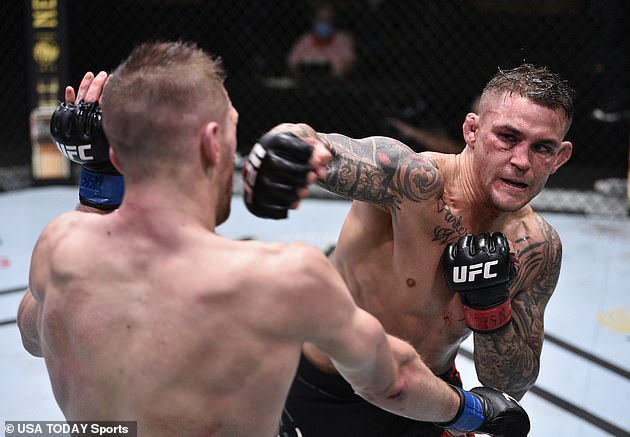 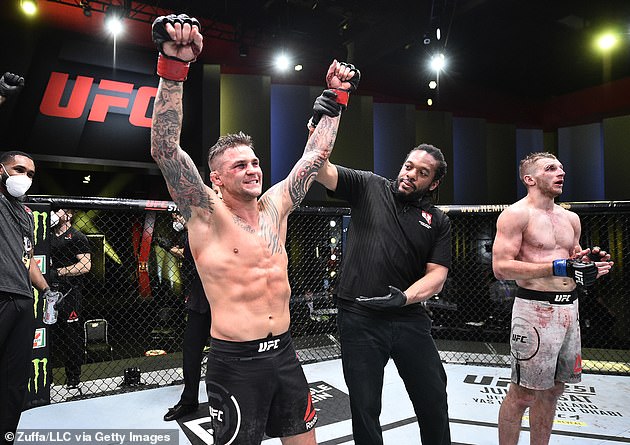 ‘Now that I’m a victor again, I want to get back to the drawing board. I just want to do it right and give it my all the right way.’

After nine months out of the cage, Poirier came back and faced a tough competitor in Hooker.

He persevered however to finish a well-rounded performance in the main event and win by unanimous decision, with the score-cards all in Poirier’s favour at 48-47, 48-47 and 48-46.