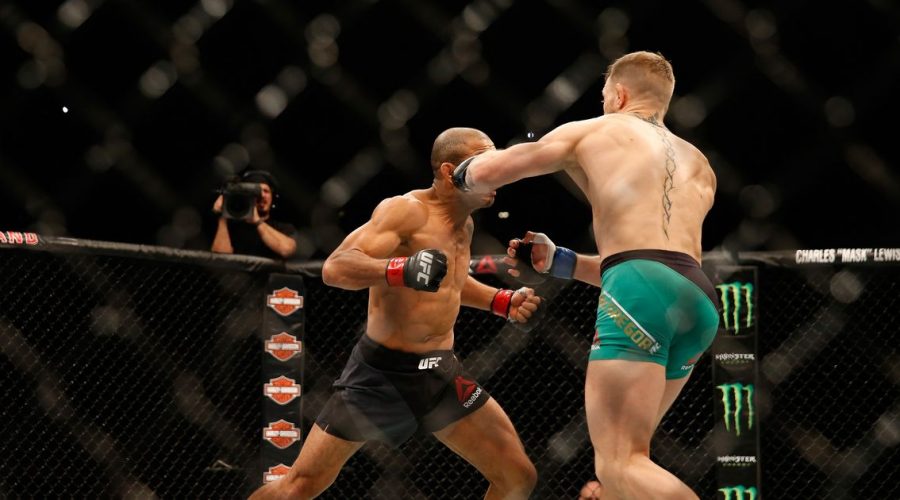 That is the view of former UFC fighter and renowned analyst Dan Hardy.

Poirier will bid to avenge his 2014 defeat by McGregor when the rivals clash again at UFC 257 on Fight Island on January 23.

McGregor KO'd Poirier in the first round of their first meeting with his famed left hand which enabled him to steamroller opponents on the way to becoming a two-weight world champion.

But Hardy believes Poirier can decommission McGregor's principle weapon by giving him a dead leg.

"McGregor is fighting another southpaw and what we know about McGregor is… because he lifts all of his weight off his rear leg when he's fighting and puts it on to his lead leg… if Poiruer can start chopping away at that lead leg, it nullifies big chunks of McGregor's game," he said.

"We know how effective a calf kick can be, you only need to land a single shot and that can be a round or two where that is a nullified limb.

"If Poirier is able to land that early then the threat of [McGregor's] left hand is significantly diminished, as well as his kicking game.

McGregor and Poirier are poised to fight for the right to challenge for the lightweight title which is still held by Khabib Nurmagomedov.

But if UFC president Dana White is unable to convince his champion to reverse his decision to retire, the UFC 257 main event could be elevated to a title fight.