The image showed the octagon being prepared for UFC 251, which is set to take place in July on a beach in Abu Dhabi.

The location in Yas Island is being used to limit the exposure of Covid-19 while events are taking place. 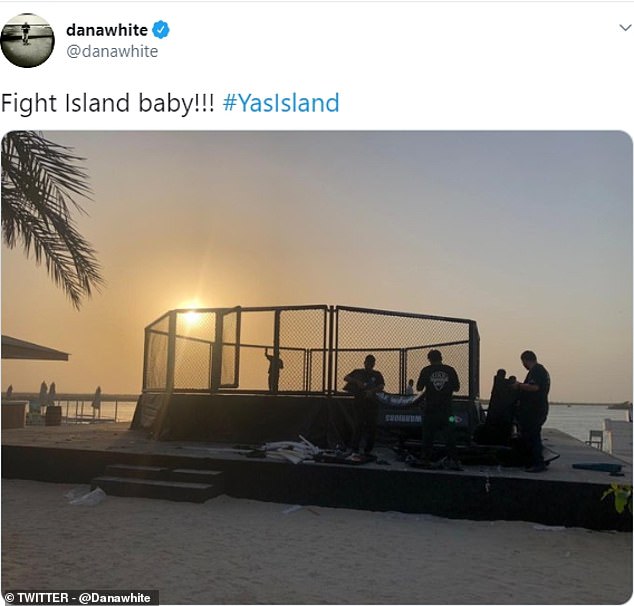 Known as a billionaire’s playground, there are seven large hotels around the island, and three UFC events have previously been held at this location.

There have been concerns about the effect that the heat will have on fighters. 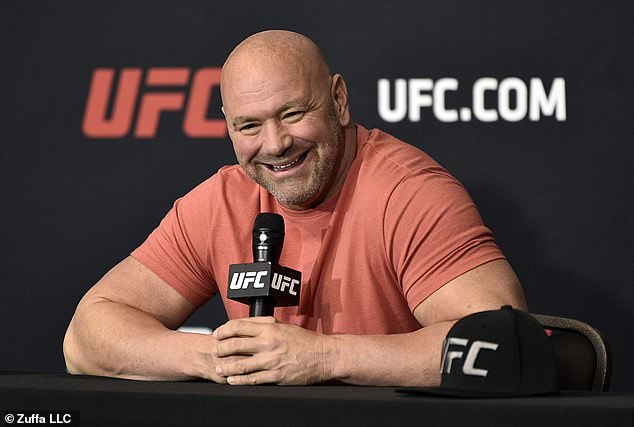 White shared an image of the octagon being prepared ahead of UFC 251, which is set for July

It is anticipated that the UFC Welterweight Championship bout between current champion Kamaru Usman and Gilbert Burns will headline the event.

Other clashes include Alexander Volkanovski versus Max Holloway and Petr Yan versus Jose Aldo.