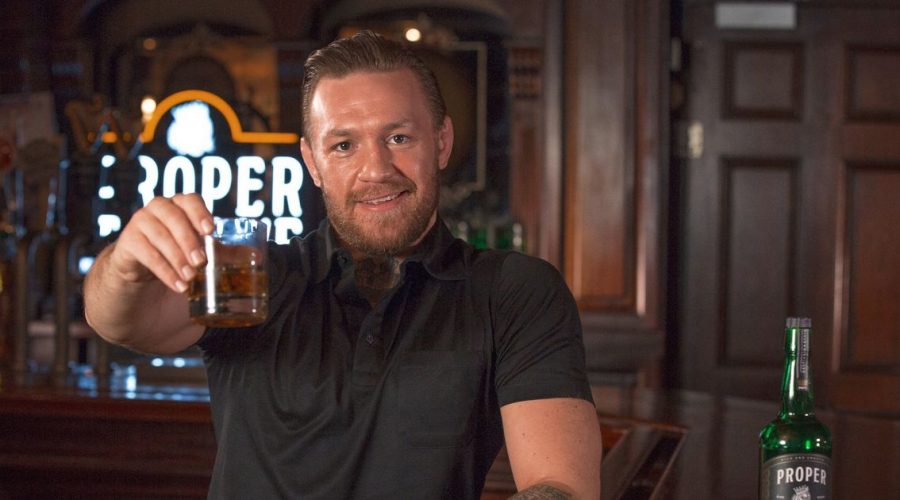 Conor McGregor may be battling to save his fighting future – but his business prospects look better than ever.

The Irishman is currently preparing for his make-or-break trilogy fight with Dustin Poirier in July – a bout he must win to resuscitate his lingering title hopes.

But while he puts in the hard yards in the gym, his Proper Twelve whiskey is booming after McGregor and his partners sold a stake in the company for $600million.

The two-weight world champion is no longer the majority shareholder but will share the nine-figure sum with his agent Audie Attar and their partner Ken Austin.

And McGregor posted on social media: "In just under three years, we went from a dream to the biggest Irish whiskey in the world!

"A HUGE step for Proper No. Twelve today as we now forge ahead to the next phase of our company's history!

"Thanks to my Irish Whiskey fans all across the globe! Proper Twelve is my baby for life, and I am just warming up the barrels here!

"What I have in store for you all will not only take Proper Twelve to the absolute pinnacle of Irish whiskey but of all spirits! Next stop – Worldwide domination!!!

"I wake up each day with focus, drive, and a commitment to be the best in sport and in business – and the money follows. Never count me out!"

So where does that leave McGregor's net worth?

We established earlier this month that the Dubliner could not afford to buy Manchester United following his cheeky suggestion that he might do just that following the collapse of the European Super League.

McGregor is undoubtedly one of the biggest combat sport athletes of all time and has made more money than any other fighter in the UFC.

His earnings in the UFC totals £14.7m – but that does not include his share of the pay-per-view revenue which would add another eight-figure sum to the total.

McGregor also earned £72m for fighting Floyd Mayweather in the boxing ring in 2017 while his share of the PPV is believed to have increased that figure to £100m.

He also has a brand outside of the sport and earns money through his endorsements with Beats by Dre, Monster Energy, EA, Burger King and Reebok.

And his latest whiskey deal will take his net worth from an estimated £181m to close to £300m.

Not bad work if you can get it…