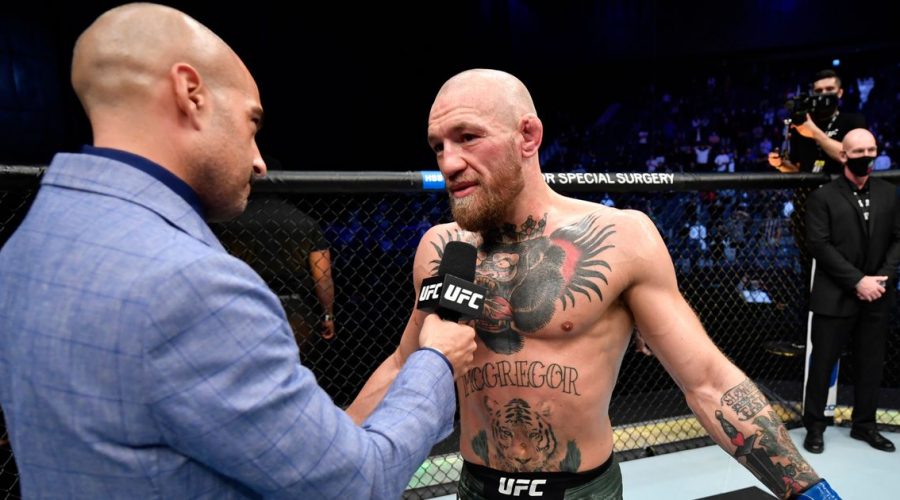 Conor McGregor has been warned he could be reduced to fighting Jake Paul soon as his time in the sport comes to an end.

Ali Abdelaziz is manager to many of the most important stars in the UFC including legendary champions and McGregor rivals Khabib Nurmagomedov and Kamaru Usman.

And he has made a stern warning to the Irishman that he is going to end up in celebrity boxing matches with the likes of YouTube star Paul if he doesn't turn his career around.

During an appearance on Hot Boxin' with Mike Tyson, where he was joined by his client Henry Cejudo, the Dominance MMA boss made the warning to McGregor.

"You make money when you fight Conor McGregor, because he’s a draw," Abdelaziz told the former heavyweight boxing champion.

"But how long is that going to last for? Him and Dustin Poirier, I like Dustin, but both looked like s*** [when they fought at UFC 257 earlier this year].

However, the numbers don't yet appear to back up Abdelaziz's claim.

McGregor's pay-per-view event with Poirier at UFC 257 earlier this year, a fighter whom he had already beaten and was expected to defeat again, reportedly did 1.6million buys, making it one of the biggest events in the promotion's history.

And the 20,000 tickets for his trilogy with the Lousiana native at the T-Mobile Arena in Las Vegas sold out in seconds.

In contrast, Abdelaziz's high-ranking clients such as Usman and Khabib struggled in their last PPV outings, with the Russian selling almost a million less at 675,000, despite there being no live crowd at the show.

Welterweight champ Usman fared a little better with his recent rematch against Jorge Masvidal, selling out the VyStar Memorial Arena in Jacksonville and doing a reported 700,000 buys.

And his first fight with Masvidal was a monster success, earning 1.3m sales which makes it an historically successful event, although it doesn't hold a candle to any of McGregor's fights since winning the lightweight belt.

McGregor was also named the richest athlete in the world this year, beating the likes of Cristiano Ronaldo and Lionel Messi to be named the highest earner in sport.

He did it mostly by selling his whiskey brand Proper 12 for £106m to Proximo Spirits, as well as picking up £15.5m from his sporting endeavours, which were limited by the pandemic to just one fight with Dustin Poirier.

It's only the third time that an athlete has made more than £49.5m away from their sport while actively competing, with tennis star Roger Federer and golfing icon Tiger Woods the other two to break that limit.

July 3, 2021 MMA Comments Off on Conor McGregor warned he is "finished" and will be left to fight Jake Paul
NFL News