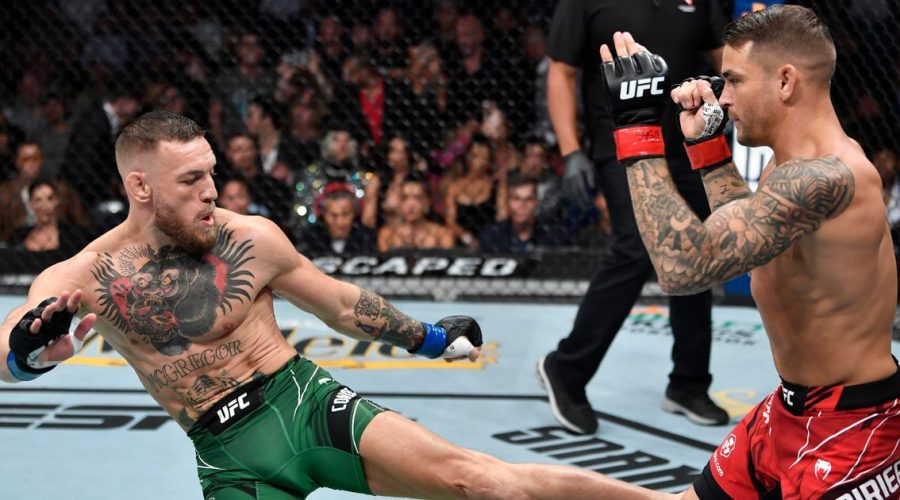 Conor McGregor has shared a series of claims as to why he feels Dustin Poirier 's UFC 264 win against him was invalid.

McGregor broke his tibia in the closing moments of the first round against Poirier earlier this month. 'The Diamond' was fighting well in the first round, with two judges awarding him a 10-8 for the damage he inflicted on McGregor.

Judging by a deleted tweet from McGregor, he wasn't happy with claims that his leg break was caused by Poirier checking one of his kicks. The Irishman also refuted that a doctor's stoppage is a TKO.

"Wow you guys! He checked the kick with his butt cheek," McGregor wrote.

“Jumping a guillotine is not a takedown. Absorbing the kick into the leg is not a check. A doctor stoppage is not a TKO. The game goes on b******.

"Piss ants to me yous all are. Not even peasants. Piss ants! Now get to your stationed vlogger cameras you novice bums!”

McGregor would go on to make a string of other tweets attacking his rival Khabib Nurmagomedov and even Poirier's wife.

"Covid is good and father is evil?" McGregor wrote.

Adulmanap Nurmagomedov passed away last July after a lengthy battle with COVID-19 complications. The former UFC lightweight champion Khabib cited his father's passing as the reason he retired from the sport.

Should a doctor's stoppage count as a TKO? Comment below

According to Marc Ratner, the Vice President of UFC Regulatory Affairs, the Irishman could face backlash for threatening comments he made towards Poirier and his family after their trilogy at UFC 264.

"I don't know if we are going to have an actual code of conduct meeting but there are certainly some senior executives including Dana that are very much aware of that," Ratner said.

"And maybe you shouldn't interview him when he's on the ground with a broken leg. That comes into play because who knows what he's going to say …. but yeah, I think there's been conversations with Conor."

McGregor is likely to be sidelined for a year following his leg break. The Irishman has his entire left leg plastered up but was recently pictured in the gym to resume weight training.

Following his second win of the calendar year against McGregor, Poirier is next in line for a UFC lightweight title shot against current champion Charles Oliveira. According to Oliveira, that fight is likely to take place in December.