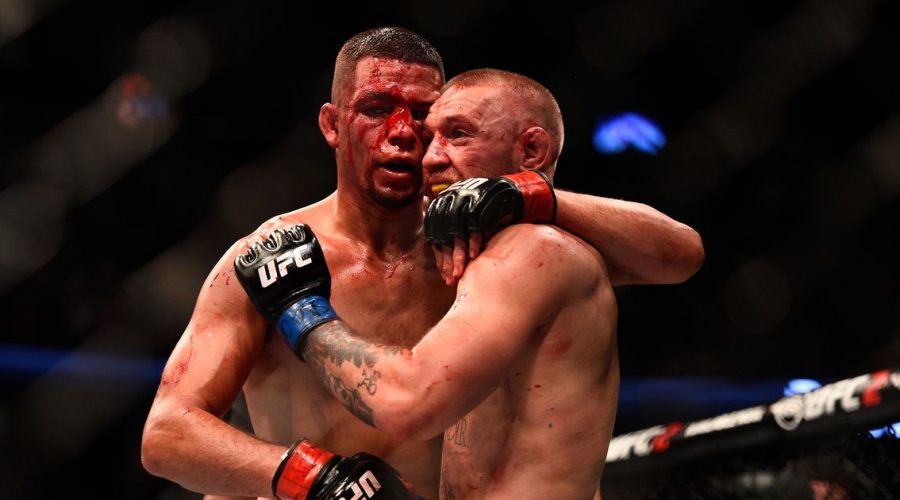 Conor McGregor is almost as notorious for deleted tweets as he is for raising hell in the cage.

The Irishman is on stranger to his fingers working faster than his brain when it comes to social media.

And he was trigger-happy once again over the weekend when replying to old rival Nate Diaz on the fifth anniversary of their first meeting.

Diaz handed McGregor his first defeat in the UFC when he stepped in as a late replacement for the injured Rafael dos Anjos in 2016.

McGregor's strong start soon petered out and Diaz took advantage, choking out the promotion's star in the second round.

The Dubliner would exact revenge five months later with a decision victory in the rematch – but the rivalry is still brewing. After McGregor acknowledged the anniversary of his defeat  by saying, "Done it all, still here", Diaz's response suggests he is still bitter about how their rivalry played out.

"I f***** you up and u never got it back but u acted like u did now u get a rematch every time u get your ass beat like a spoiled little b**** would," he said, alluding to the fact McGregor was granted a rematch but he was not given a chance to win a rubber match.

McGregor is also set to be given the chance to avenge his recent defeat by Dustin Poirier when the rivals meet for a third time this summer.

McGregor responded to Diaz by saying, "Southside crips unite!", an apparent reference to the Crips gang based in southern California.

One of the most notorious gangs in America, the Crips have a long-running feud with rival gang the Bloods.

Diaz has no known connection with the gang and indeed, his mother moved him and his brother Nick from any potential temptation,.

"I wanted to keep them out there so they couldn’t get in trouble," she has said.

This is not the first time McGregor has mentioned Diaz in the same breath as gangs; before their first fight he said, "He makes gang signs with his right hand and animal balloons with his left hand", a reference to Diaz's work with the community.

McGregor and Diaz both insist they remain on course for a third fight but the latter has frozen himself out of the lightweight picture by insisting he will only fight at 170lb.

McGregor, meanwhile, is set to fight Dustin Poirier for a third time this summer after he was knocked out by his rival in the second round of their rematch two months ago.