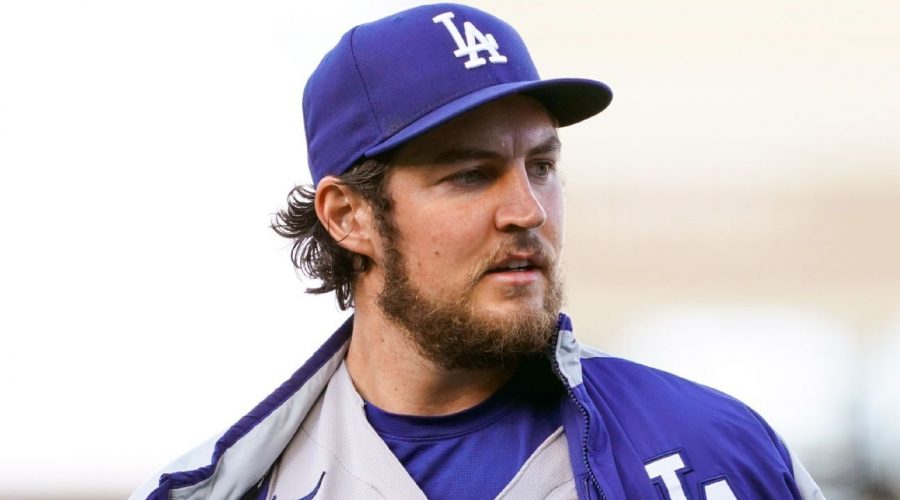 Bauer, who had been scheduled to pitch Sunday in Washington, D.C., has denied the allegations and released a statement that he will not appeal MLB’s decision.

As we await the next development in this case, let’s take a closer look at Friday’s news, what it means, where the investigation stands and what could happen next.

What is Trevor Bauer accused of?

A woman who had two sexual encounters with Bauer obtained a restraining order against him in L.A. County Superior Court earlier this week. In her declaration — made under the penalty of perjury — she alleged that Bauer assaulted her by choking her until she lost consciousness on multiple occasions, punched her in several areas of her body and scratched the side of her face. The second encounter, which took place on May 16 at Bauer’s home in Pasadena, California, left her with an acute head injury, significant head and facial trauma and signs of a basilar skull fracture, according to medical notes that were provided as part of the declaration.

The restraining order was obtained by a judge’s ruling and doesn’t require input from the other party. But Bauer’s side is expected to deny the allegations during a scheduled court hearing on July 23. One of Bauer’s attorneys, John Fetterolf, issued a statement saying their sexual encounters were “wholly consensual,” adding that “her basis for filing a protection order is nonexistent, fraudulent and deliberately omits key facts, information and her own relevant communication.” Bauer’s side also provided text messages that show the woman inviting rough sex and talking about how she wants Bauer to “gimme all the pain” and “choke me out” eight days before the second encounter.

What does MLB placing Bauer on administrative leave mean?

Bauer won’t make his next scheduled start on Sunday. That would have come in Washington, D.C., the nation’s capital, on the Fourth of July.

It would have been an awful look for a league that has vowed to make domestic violence and sexual harassment enforcement a priority, in a year when MLB has been embroiled in controversy, with former New York Mets general manager Jared Porter and former Los Angeles Angels pitching coach Mickey Callaway both fired following sexual harassment investigations.

Administrative leave is merely a way to buy time. This is not considered a suspension. Bauer, in fact, will still be paid and will still accrue service time while on the restricted list. MLB has the right, under the joint domestic violence, sexual assault and child abuse policy that was instituted in August 2015, to place a player on leave without any charges being filed. In a statement for Bauer’s case specifically, MLB said its investigation is “ongoing.”

Bauer’s co-agents, Fetterolf and Rachel Luba, said in a statement that they “refute [the woman’s] allegations in the strongest possible terms” but will not appeal Bauer’s placement on administrative leave “in an effort to minimize any distraction to the Dodgers organization and to his teammates.”

What happens if there is no resolution to his case within those seven days?

MLB can request a one-time extension of its administrative leave for an additional seven days with consent from the MLB Players Association. The joint domestic violence policy states that consent “shall not be unreasonably withheld.” The calendar might be relevant here. An extension of the current administrative leave would keep Bauer off the field through the All-Star break, buying even more time for an ongoing investigation.

Bauer traveled to Washington with the Dodgers, and manager Dave Roberts said Thursday the plan was for him to pitch Sunday. What changed?

MLB took it out of the Dodgers’ hands. Roberts alluded to that prior to Thursday’s series opener, saying the decision for Bauer to take his regular turn in the rotation rested with MLB. When asked why he couldn’t simply make the decision to skip Bauer’s turn, given that he is the manager of the team, Roberts said: “I’m in the position of following the lead of Major League Baseball. Their recommendation was for us to use our scheduled Sunday starter and to move forward and have him start that game on Sunday. For me to try to read into it any more outside of just following what they had advised me and us to do — I just choose to follow kind of their lead.”

Where does the legal investigation stand?

The Pasadena Police Department is continuing its investigation. The police have been involved since May 18, a couple of days after the second sexual encounter, when two detectives drove to the woman’s house in San Diego to get a statement. The case is expected to be sent to the Pasadena District Attorney’s Office, a source said, though the timing is unknown.

How has MLB handled other in-season domestic violence charges?

There have been 13 players disciplined in the six years since the domestic violence policy was introduced, with suspensions ranging from 15 games (Steven Wright of the Boston Red Sox and Jeurys Familia of the Mets) to 162 games (free agent Sam Dyson, who is serving his suspension this season). Among the notable names who have also been disciplined are Dodgers starter Julio Urias (20 games in 2019), Yankees closer Aroldis Chapman (30 games in 2016), former Chicago Cubs shortstop Addison Russell (40 games in 2018), former Toronto Blue Jays closer Roberto Osuna (75 games in 2018) and former Colorado Rockies shortstop Jose Reyes (51 games in 2016).

July 3, 2021 MLB Comments Off on What we know and don’t know as MLB puts Trevor Bauer on leave
NFL News