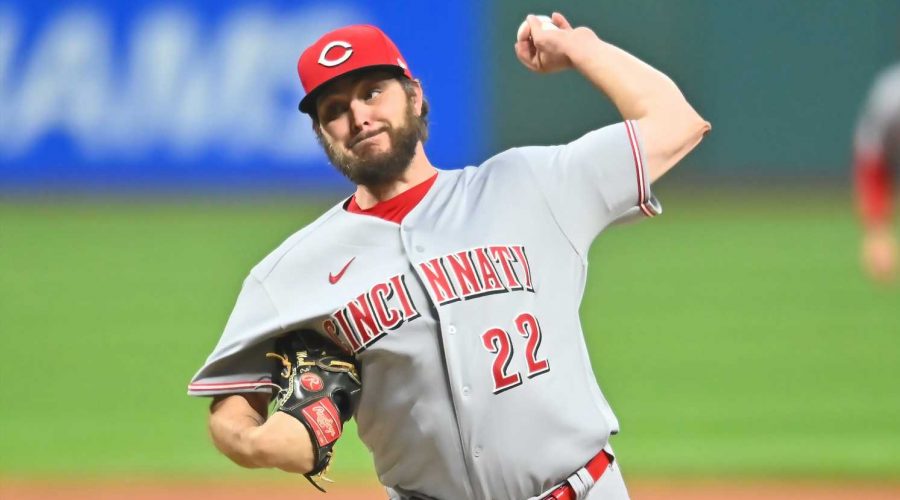 Two days after John Means tossed a no-hitter and near perfect game for the Baltimore Orioles, Cincinnati's Wade Miley shut down the hitters in Cleveland for his own no-hitter in the Reds' 3-0 win Friday night in the battle of Ohio.

Miley struck out eight and walked one while throwing 114 pitches to record his first career no-hitter and Cincinnati's first since Homer Bailey blanked the San Francisco Giants on July 2, 2013.

It was the 17th no-hitter in Reds' franchise history and the fourth no-hitter of the 2021 season — fifth if Madison Bumgarner's seven-inning no-no for the Arizona Diamondbacks is included. It's the second time this season that Cleveland has been no-hit.

No Cleveland pitcher has thrown a no-hitter since Len Barker's perfect game on May 15, 1981. It's the longest current streak without a no-hitter in baseball.

Wade Miley throws the second no-hitter of the week! pic.twitter.com/Xp0q4wpvqy

But while the no-hitter was playing out, the scoreboard remained 0-0 through eight innings. The Reds' offense had only managed three hits of their own until Nick Senzel led off the top of the ninth with an infield single. Jesse Winker followed with a single to put runners on first and second. And then the wheels fell off for Cleveland reliever Emmanuel Clase. His throwing error on Nick Castellanos' fielder's choice allowed Senzel to score. He then balked while pitching to Mike Moustakas, allowing Winker to score and Castellanos to advance to second. Moustakas followed with a single to left to score Castellanos.

Cleveland had one last chance to get Miley on the board in the bottom of the night, but pinch hitter Rene Rivera lined out to right for the first out, Cesar Hernandez struck out and Jordan Luplow grounded out to short to end the game.

Wade Miley throws the fourth no-hitter in MLB this season and Cleveland has fallen victim to two of them 😳 pic.twitter.com/P2ElXRz9Qp

Miley has leaned on his changeup and his cutter this season, but it took every one of his pitches on Friday, including the ones Miley has stayed away from in a few games this season.

When Miley’s changeup is at its best, he has said that allows him to sneak in his fastball late in counts for outs. Against Cleveland, Miley threw a changeup on four of his first five pitches. The pitch was working, and Miley got three outs with his fastball over the first two innings.

During his second time through the order, Miley used his secondary pitches to get the biggest outs of the inning. In the fifth inning, he got out Cleveland’s first two hitters with cutters late in the count, and he finished the inning with a curveball that Cleveland center fielder Harold Ramirez rolled over for a groundout.

In the sixth, Miley got two more groundouts with his cutter. He lost his perfect game after second baseman Senzel couldn’t complete the play on a sharp ground ball up the middle, but Miley held onto the no-hitter with a fastball that Cleveland right fielder Luplow lined out to right.