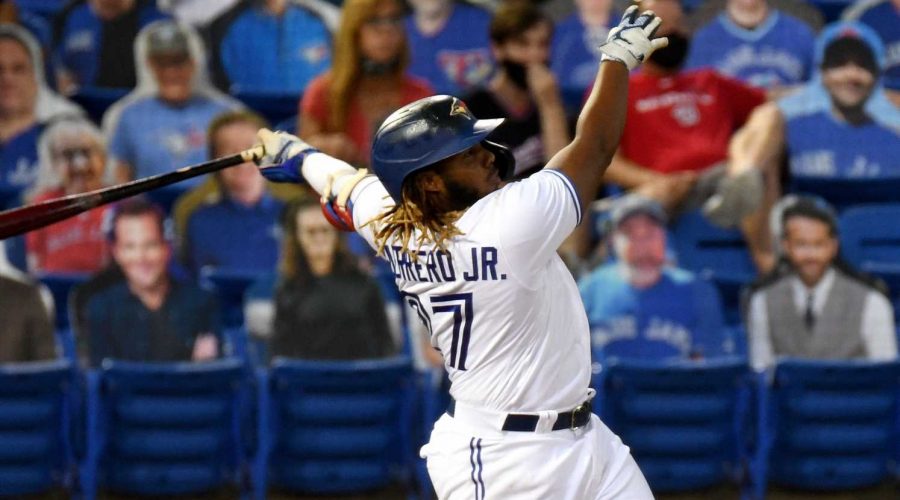 Vladimir Guerrero Jr. of the Toronto Blue Jays did something Tuesday night even his Hall of Fame father never did: hit three home runs in a game.

Just 42 days after celebrating his 22nd birthday, Guerrero became the youngest player since at least 1901 to record three homers and seven RBI in the same game. And he hit two of them against one of the best pitchers in the majors, three-time Cy Young Award winner Max Scherzer of the Washington Nationals.

Guerrero started things off in style with a grand slam in the third inning that turned a 3-0 deficit into a 4-3 lead. Facing Scherzer in the fifth, Guerrero launched a solo shot to left. And then in the seventh, he launched a two-run blast to right to close out the scoring in a 9-5 victory.