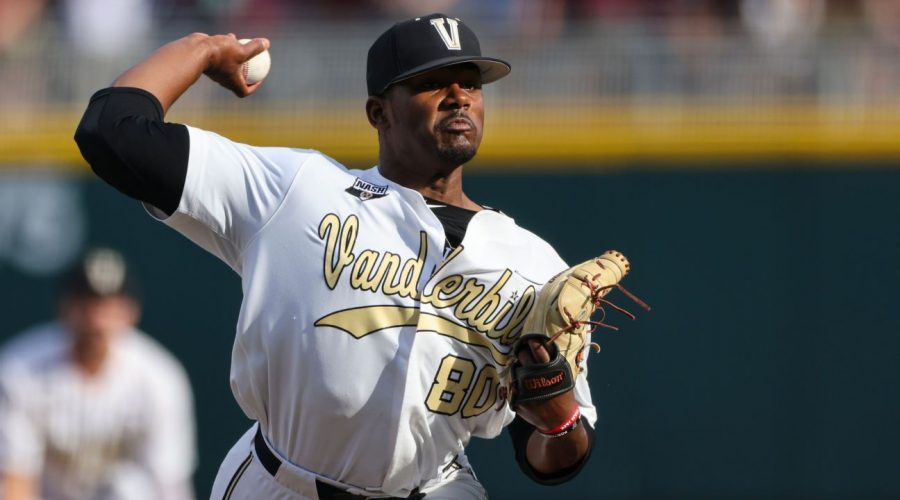 ESPN MLB insider
Author of “The Arm: Inside the Billion-Dollar Mystery of the Most Valuable Commodity in Sports”

Barring a drastic change between now and the 5 p.m. ET signing deadline, the New York Mets do not plan to sign right-hander Kumar Rocker, the 10th overall pick in the amateur draft, sources with knowledge of the situation told ESPN.

Rocker, 21, whose dominance at Vanderbilt made him the most well-known college player in perhaps a decade, had an agreement in place to sign for $6 million after he slipped down draft boards earlier this month. But the deal fell apart following his physical examination, and multiple sources said they do not expect a revised one to come together before the deadline.

The possibility of the Mets and Rocker coming to an eleventh-hour agreement always exists, and past deals that looked dead were eventually consummated. But the momentum in recent days, and the expectation of multiple sources, is that the Mets are unlikely to change their stance.

If Rocker does not sign, the Mets would receive the 11th pick in the 2022 draft as compensation. It is unclear whether Rocker will return to Vanderbilt or pursue an alternate path, such as pitching in an independent league before re-entering the 2022 draft or signing with an international league.

Either way, the mutual excitement of July 11, the night of the draft, evaporated over the last three weeks. Rocker’s camp, led by agent Scott Boras, insists he is healthy, pointing to the 122 innings he threw over 20 starts in which he struck out 179 batters with a 2.73 ERA this year. Further, sources familiar with Rocker’s situation said, outside orthopedists disagreed with the Mets’ assessment of Rocker’s health, as can happen with multiple examinations. The Mets, sources said, expressed concerns over the health of Rocker’s arm following the physical last week.

Typically, a team has to offer a player 40% of his slotted bonus — the 10th-pick slot is $4.74 million — to reap a compensation pick for an unsigned player. Because Rocker was selected for the league’s pre-draft MRI program and did not participate, however, the rules allow the Mets to forgo an offer and still receive the pick. Players expected to be drafted high often skip the program, which makes a player’s medical information available to all 30 teams.

By not signing Rocker, the Mets would find themselves with $878,500 unspent from their $9.02 million pool. Most teams exceed the pool by up to the 5% allowed without being penalized, which would push the Mets’ unspent money to more than $1.3 million. They had signed other players under slot with the rest reserved for Rocker’s expected $6 million bonus.