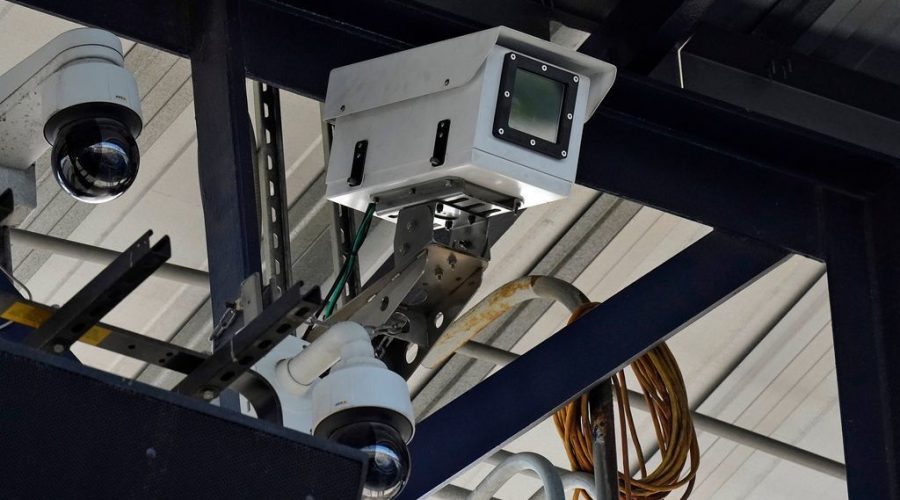 The electronic strike zone will be used in all 30 Class AAA parks in 2023, sources told ESPN, seemingly another significant step toward the implementation of the technology at the big league level in the near future.

The Automatic Balls and Strikes system, commonly referred to as ABS, will be deployed in two different ways. Half of the Class AAA games will be played with all of the calls determined by an electronic strike zone, and the other half will be played with an ABS challenge system similar to that used in professional tennis.

Each team will be allowed three challenges per game, with teams retaining challenges in cases when they are proved correct. MLB’s intention is to use the data and feedback from both systems, over the full slate of games, to inform future choices.

As of now, MLB has no firm date to implement its Automatic Balls and Strikes system in the big leagues. But in recent seasons, the robotic umpire has been used increasingly in the minor leagues.

In 2019, the independent Atlantic League used the electronic strike zone in an all-star game, and that same year, the Arizona Fall League was played with the ABS. In 2021, the ABS was deployed in some Class A parks. Last season, the full ABS was used for some Class AAA games.

The Class A Southeast League adopted the challenge system, in which the plate umpires called balls and strikes but the batter, pitcher and catcher each had the power to challenge the decision on a particular pitch. As one official noted, this seemed to foster another layer of in-game strategy, with managers and coaching staffs guiding players on the best manner to use the challenges — avoiding frivolous challenges and protecting the team from egregious ball-strike call mistakes in pivotal moments.

The first-year feedback on the challenge system was surprisingly positive, according to club staffers, with some in the industry beginning to believe that this might be a good first step in utilizing ball-strike technology.

If MLB were to commit to electronic strike zone calls for all pitches, it would dramatically change the position of catcher, which for generations has been inhabited by players who have mastered defensive nuances — receiving the ball effectively, pitch presentation and conversational advocacy with the umpires — that would become all but obsolete under an ABS. With a full ABS, catchers would really be required only to block balls in the dirt and throw. Additionally, the umpires would have one of their primary responsibilities stripped away completely if MLB shifted to an electronic strike zone.

If the feedback on the challenge system continues to be positive, it could be that this gains favor as an initial intermediate step over an immediate ABS takeover of all ball-strike calls.

There is already significant change in the season ahead, with the implementation of a pitch clock, new regulations greatly limiting the use of defensive shifts, larger bases, and a restriction on the number of times a pitcher can attempt pickoff throws. The alterations are intended to augment what MLB commissioner Rob Manfred has referred to as the “pace of action.”

At the winter meetings, MLB general managers were also briefed on the ongoing efforts to shape the strike zone in a way that is more conducive for action. In the season ahead, there will be more focus on lowering the top of the strike zone — an area in which many pitchers have contributed to the record rate of strikeouts — and calling strikes within the 17-inch horizontal plane above home plate.