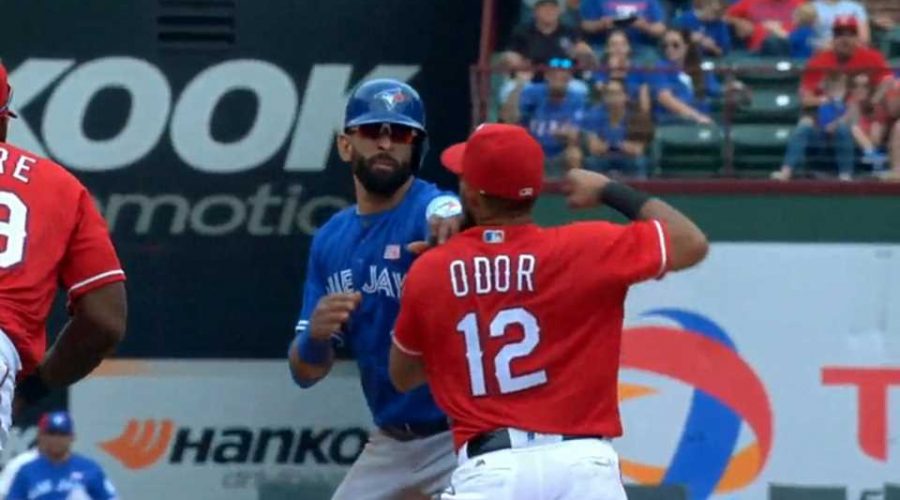 The Rangers remembered one of Rougned Odor’s greatest hits on their goodbye graphic.

Odor was designated for assignment last week and was traded to the Yankees on Tuesday, April 6, ending a somewhat uneventful career in Texas. “Somewhat” is the operative term, though, because we’re coming up on the five-year anniversary of Odor leveling Bautista with the cleanest punch ever thrown in MLB history.

Ingrained in Rangers history, Texas recognized this, and decided to include the punch on its farewell graphic to Odor on Tuesday.

Odor barely has been a replacement-level player since that punch, though, amassing just a 1.0 fWAR since 2017, leading to the Rangers deciding to part ways with the second basemen, and eventually trading him.

Odor was sent to the Yankees (where he will be forced to shave his glorious facial hair) in exchange for a pair of minor league outfielders. He’s expected to play some second and third with New York.

Texas is still on the hook for about $27 million of Odor’s contract.

But some moments are worth more than money, and the punch is absolutely one.