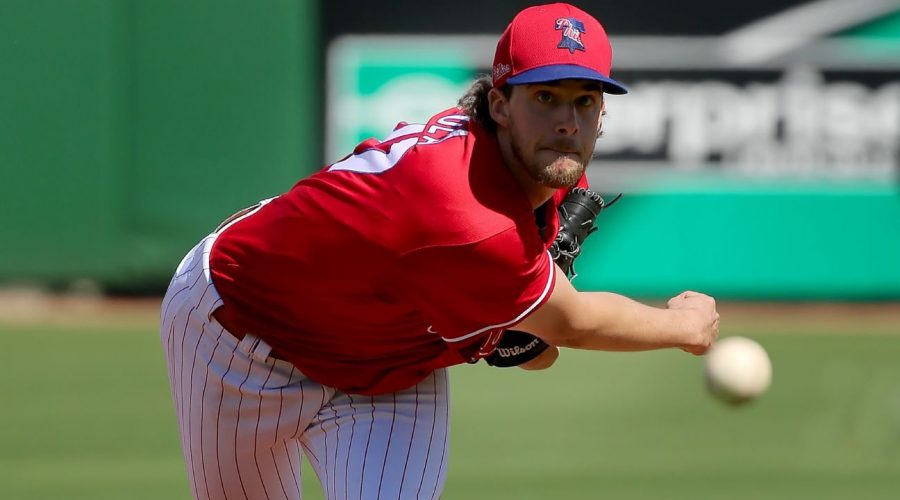 The Philadelphia Phillies scratched right-hander Aaron Nola from his scheduled start Sunday against the Boston Red Sox after he was placed on the COVID-related injured list.

Nola was one of four players placed on the virus-related injured list by the Phillies on Sunday. Third baseman Alec Bohm, right-hander Connor Brogdon and left-hander Bailey Falter also were placed on the list.

Falter recorded the win in the Phillies’ 11-2 victory over the Red Sox at Fenway Park on Saturday, pitching two scoreless innings with three strikeouts. Bohm went 2-for-3 with a home run and two RBIs and Brogdon pitched a scoreless ninth inning in the victory.

The Phillies will use right-handed reliever Brandon Kintzler as an opener Sunday in replace of Nola, who is 6-5 with a 4.53 ERA this season.