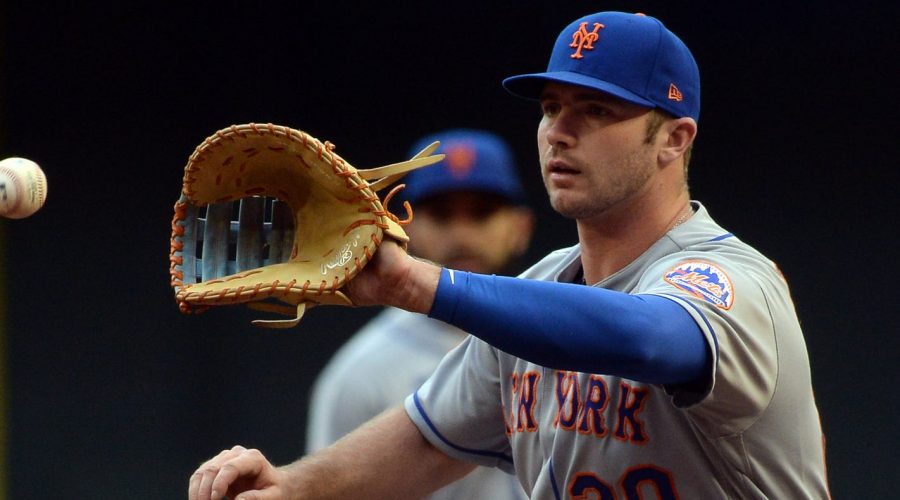 BALTIMORE — With Major League Baseball set to crack down on pitchers using foreign substances in the near future, New York Mets first baseman Pete Alonso said that he is fine with pitchers using aids – but that the bigger issue is that MLB "manipulates the baseballs year in and year out, depending on free agency class."

Speaking to the media before Wednesday's game against the Baltimore Orioles at Camden Yards, the Mets slugger was asked about the league's impending crackdown.

"Whatever they want to use to help control the ball – let 'em use it," Alonso said. "For me, I go in the box every single day and I see guys throwing harder and harder… I don't want 99 (mph) slipping out of someone's hand because they didn't have enough feel for it."

Pete Alonso with one hitter’s perspective: pitchers SHOULD be allowed to use whatever sticky stuff they want, he says. pic.twitter.com/4PPexTw362

Alonso blamed the inconsistency of baseballs from year to year and went on to suggest that the league changes the balls based on free agency and arbitration.

"That's a fact," Alonso said. "Guys have talked about it. I mean in 2019 there was a huge class of free agent pitchers (Gerrit Cole, Stephen Strasburg) and then that's quote-unquote the 'juiced balls.'"

Pete Alonso was the NL Rookie of the Year in 2019. (Photo: Joe Camporeale, USA TODAY Sports)

MLB set a league-wide record for home runs in 2019, just two years after the previous mark was set and pitchers, including Cy Young winner Justin Verlander, said the baseballs were "juiced."

With the 2021-22 free agent class set to include star shortstops Trevor Story, Corey Seager, Javy Baez and Carlos Correa, Alonso thinks the decrease in offense this year is no coincidence.

"Now that we're back to playing in a regular season with a ton of shortstops or position players that are going to be paid a lot of money – I mean yeah, it's not a coincidence. It is definitely something that they do," Alonso said.

Alonso, who set the MLB rookie home run record (53) in 2019, added that "if the league didn't change the baseball, pitchers wouldn't need to use as much sticky stuff."