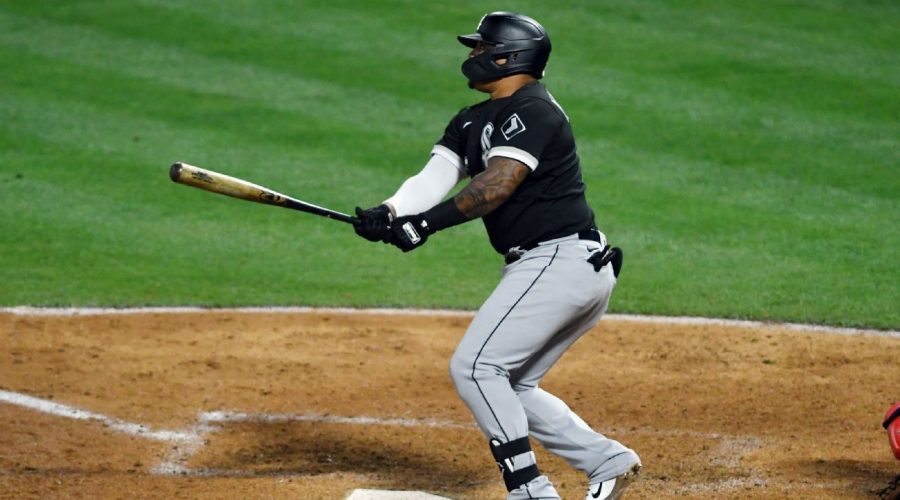 The Chicago White Sox rookie got three hits in his first three at-bats Saturday against the Los Angeles Angels to improve to 8-for-8 to start 2021, the most consecutive hits to start a season by any player in the modern era (since 1900).

Mercedes, who had one major league at-bat entering the season, going 0-for-1 in 2020, has started at DH the past two games and tortured the Angels with his two-strike hitting — five of the eight hits have come with two strikes.

After homering in the second inning on Saturday for his first career home run, Mercedes’ eighth straight hit came in the sixth inning, a double that bounced off the warning track in left-center.

“I’m just trying to wait for my pitch and not do too much,” Mercedes said after the White Sox lost 5-3 in Anaheim. “Just stay right there and swing hard. It doesn’t matter if it is two strikes or no strikes, I just want to see the ball.”

In his ninth at-bat, Mercedes flew out to center field to end his streak. He finished 3-for-4 with two RBIs and a run scored on Saturday.

“All of his hits have been clutch and he has been putting us in position to try to win,” manager Tony LaRussa said. “He has had a great approach, especially with two strikes.”

Mercedes is a 28-year-old rookie who has bounced around three organizations, originally signed by the Nationals and spending time with the Orioles before the White Sox signed him in 2018. He wasn’t expected to be a big part of the lineup, but Eloy Jimenez’s injury has opened up playing time, with projected DH Andrew Vaughn starting the past two games in left field.

LaRussa said Mercedes was supposed to have the night off Saturday but that he earned his way into the lineup with his 5-for-5 night.

“I never imagined that. It is great for me,” Mercedes said of his start. “Now, it’s a new day for me. I want to keep doing well and work with my approach. I want to play every day and I’m excited for that.”

Before Mercedes, the only player since 1900 to get five hits in his first career start was Cecil Travis, who went 5-for-7 for the Washington Senators in 1933.