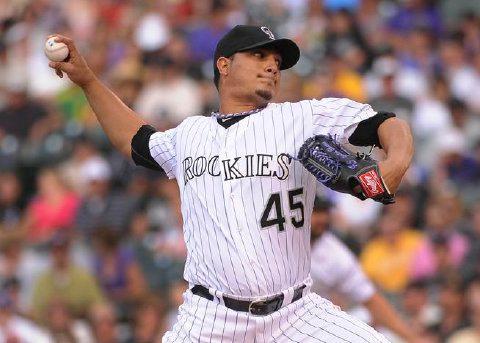 Right-hander Jhoulys Chacin, who began his big-league career in Colorado, threw for the club’s pitching coaches and appears close to rejoining the club. Although the Rockies have not confirmed the deal, MLB.com reported that Chacin is expected to sign a major league deal.

If that happens, Chacin would become the first major league free agent signed by the Rockies since now-retired first baseman Daniel Murphy signed a two-year, $24 million deal with the club in December 2018.

Chacin, 33, had been a starter for most of his career, but he could pitch in long relief for Colorado, although it’s conceivable he would become part of the starting rotation. The Rockies lost left-hander Kyle Freeland last week due to a strained shoulder and he’ll be out for more than a month. Right-hander Chi Chi Gonzalez is currently penciled in as the fifth starter.

The Rockies, who host the Los Angeles Dodgers Thursday at Coors Field to open the season, were expected to announce their 26-man roster Wednesday. The addition of Chacin, however, would mean the Rockies would have to release a player from their 40-man roster.

Chacin made his debut with the Rockies in 2009 at age 21. In six seasons in Colorado, he went 38-48 with a solid 3.78 ERA. He’s been a journeyman pitcher since leaving the Rockies, pitching for Arizona, Atlanta, the Los Angeles Angels, San Diego, Milwaukee and Boston.

In 2018, relying on an effective slider, he pitched very well for the Brewers, giving them 192 2/3 innings and posting a 3.50 ERA. This spring, the right-hander was in camp with the pitching-rich Yankees on a minor-league deal but didn’t make the club.