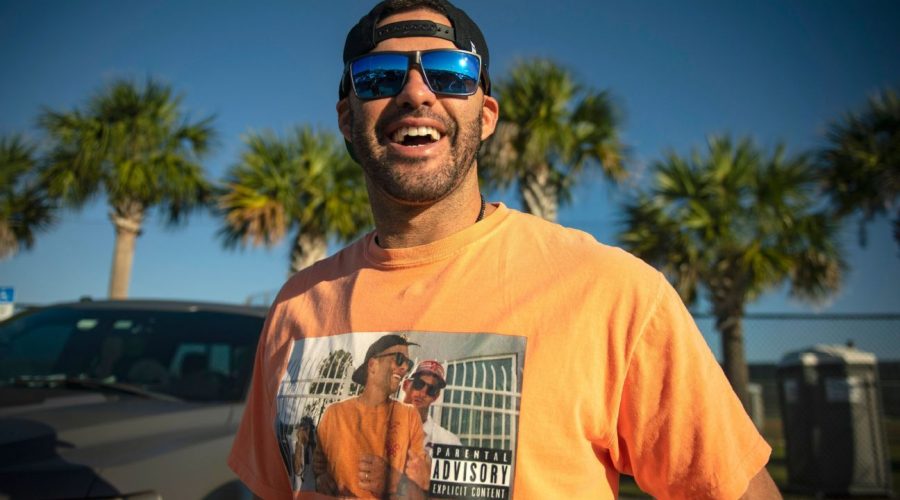 Martinez reported to Fort Myers wearing a T-shirt with a picture of Brady as he was being helped off a boat following the Bucs’ victory parade. The image went viral as Brady appeared to be feeling the effects of the celebration.

The tweet sent out by the Red Sox of Martinez’s shirt further poked fun at Brady, with the message “Noting to see her…just litTle sPrInG tRaInInG.” Brady sent out a similar self-deprecating tweet the day of the parade.

And Brady acknowledged Sunday this won’t be the last time he gets ribbed about it.

Brady, who won six Super Bowls as quarterback of the New England Patriots, won his seventh in his first year with Tampa Bay. The Buccaneers beat the Kansas City Chiefs 31-9 in Super Bowl LV.