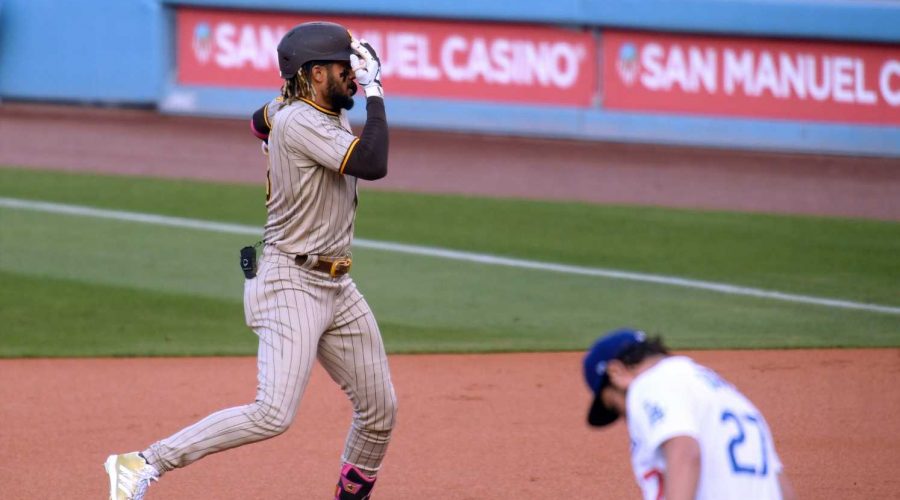 The San Diego Padres shortstop hit another home run off the Dodgers right-hander Sunday, this time on Twitter.

Bauer, predictably, kept the pot stirred by quote-tweeting a post that insinuated Tatis Jr. was glancing at the catcher's signs prior to his home run.

"If you need to know what pitch is coming that badly, just ask daddy nicely next time @tatis_jr," Bauer wrote. "You know I ain’t scared homie."

Tatis Jr. replied with a photo-shopped picture of Bauer's face — finger pointing to a closed eye (going back to his attempts to pitch one-eyed in spring training) — over the body of a toddler in his arms.

"You and Manny do make a pretty cute couple afterall (sic)," he wrote, an apparent reference to the Padres' third baseman Manny Machado.

To be fair to Bauer, he welcomed Tatis Jr.'s home-run celebration after Saturday's game, saying: "I like it. I think that pitchers who have that done to them and react by throwing at people, or getting upset and hitting people or whatever — I think it's pretty soft. If you give up a homer, the guy should celebrate it. It's hard to hit in the big leagues."

You and Manny do make a pretty cute couple afterall https://t.co/o1CYzHTSjb