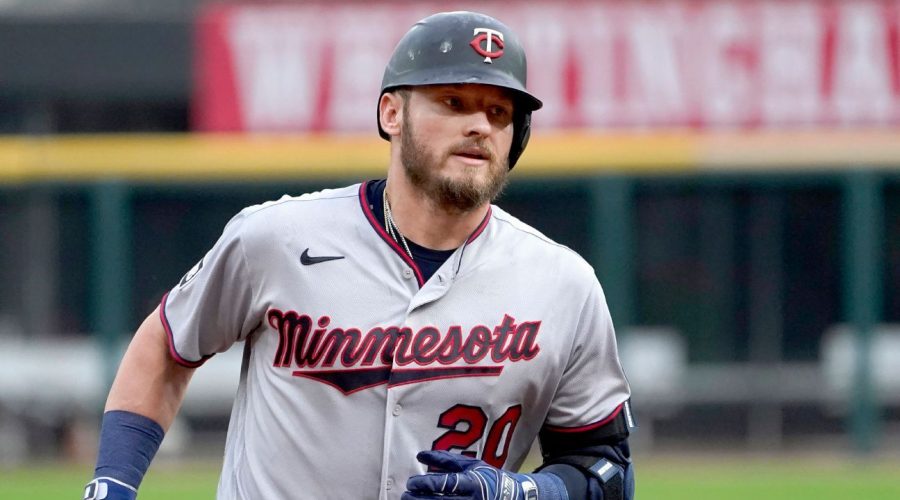 “He called me a pest, right?” Donaldson said on a lengthy videoconference with reporters Wednesday afternoon. “Which is fine. I kind of almost consider that a compliment.

“He calls me classless? I didn’t think I was showing him up during the game. I was talking to my bench. I wasn’t pimping my home run. I wasn’t talking to him, saying anything.”

Donaldson has been one of baseball’s most outspoken sluggers when it comes to pitchers using sticky substances, which the league recently started cracking down on. He said Giolito’s response to Donaldson’s post-homer comment spoke volumes.

“Obviously, he showed offense to what I said, which I think kind of speaks more about the looming question that’s going on, which is, was he using sticky stuff before all of this happened in the first place? If he wasn’t, then he probably wouldn’t have cared about that comment.”

The feud began on Tuesday night after Donaldson homered off of Giolito. While crossing the plate, Donaldson rubbed his hands together and could be heard saying, “Hands not sticky anymore.” That prompted Giolito to call him out after the game.

“He’s a f—ing pest,” Giolito said Tuesday night. “That’s kind of a classless move. If you’re going to talk, talk to my face.”

Donaldson said he sought out Giolito in the Guaranteed Rate Parking lot after the White Sox’s 7-6 win. The Twins veteran was asked Wednesday about that meeting.

“He didn’t have really much to say,” Donaldson said. “He said that he thought I was annoying. I said, ‘So what? I’m on the opposing team. What do you care about me?’ I said, ‘I’m in your face. I’m telling you what I think. What have you got to say about that?’ And he didn’t have any response.”

Giolito gave up three runs on six hits and a walk over six innings to get his first win in a month.

Donaldson said he saw a difference in Giolito’s stuff Tuesday night with the league now inspecting pitchers for foreign substances, including claims that the Sox ace’s spin rates were lower.

Donaldson was also upset with White Sox television analyst and former manager Ozzie Guillen, who suggested during a postgame show that Giolito should “drill” Donaldson with a pitch the next time they face each other.

“And I got Ozzie Guillen talking s— on the air saying that, ‘I’d let one go, hit him in the ribs,'” Donaldson said. “Ozzie Guillen, you were under a career .700 OPS hitter, man. You were a three-time All-Star and you had an under .700 OPS. My worst season in the big leagues is 150 points higher than that.

Donaldson added: “People need to start realizing — you talk about 95, 98 mph balls getting thrown at people’s ribs and seeing guys from New York (Yankees) say the same s— about me? ‘Oh, hit him in the ribs.’ Hey, I’m just trying to make the game fair. I didn’t make the rules.”

The White Sox and Twins play two more games in this series and play again next Monday through Wednesday in Minnesota.