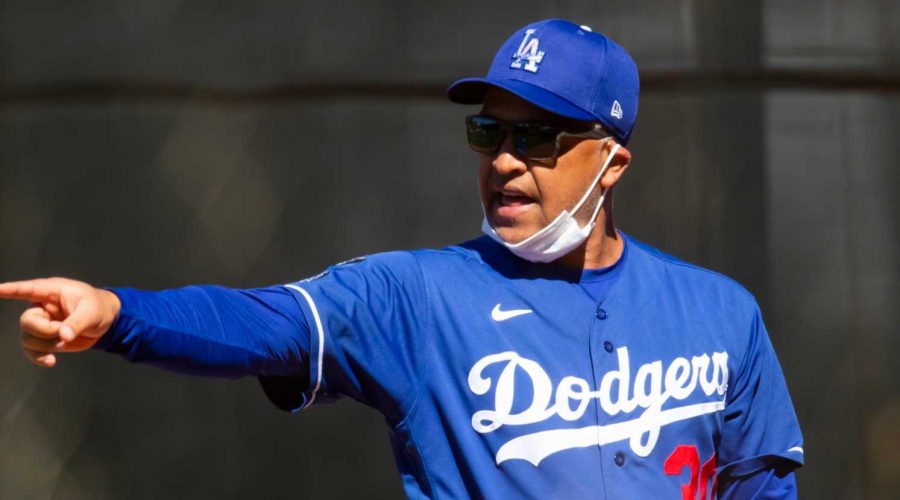 Los Angeles Dodgers manager Dave Roberts has a personal stake in stemming the wave of hate crimes and bigotry against people of Asian descent. And he's urging members of the Dodgers organization to take steps to help stop it.

Roberts, the son of a Black father and a Japanese mother, addressed the issue with team employees in a recent internal email — first reported by The Athletic. In it, he spoke out against bullying and violence against Asian Americans and Pacific Islanders.

"In recent months, those attacks have intensified and have targeted the elderly in California and New York – such bullying is cowardice," Roberts wrote.

According to The Stop Asian American and Pacific Islander Hate reporting center, there were more than 2,800 documented hate incidents across the U.S. from its inception on March 19 to Dec. 31, 2020. Another advocacy group recorded more than 3,000 incidents since late April 2020.

He is not alone in the sports world in expressing those concerns.

And pro basketball player Jeremy Lin shared on social media last month that he was called "coronavirus" during an NBA G League game.

Los Angeles has one of the highest percentages of Asian Americans of any major U.S. city. And as Roberts noted in his email, the Dodgers have had more players of Asian ancestry than any other MLB team, including Hideo Nomo of Japan and Chan Ho Park of Korea. In addition, former Dodgers executive Kim Ng became the first female general manager of an MLB team when she was hired by the Miami Marlins in November.

"I am proud to stand with my Asian American co-workers, the community, and all others who support an inclusive and open-minded society," Roberts wrote, adding the hashtag #StopAsianHate.

Roberts is the second major league manager of Asian descent, following Don Wakamatsu — who managed the Seattle Mariners in 2009 and 2010 and is now the Texas Rangers' bench coach.

March 8, 2021 MLB Comments Off on Dodgers manager Dave Roberts speaks out against rise in bullying against Asian Americans
NFL News