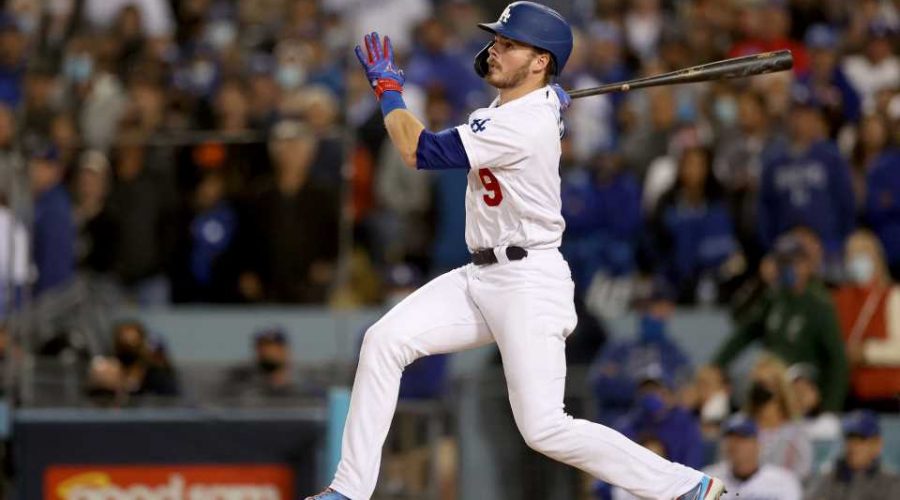 The Dodgers were down to their last out in Game 3 of the NLDS when Gavin Lux hit a ball that looked destined to be a game-tying home run off the bat.

There was just one problem. It was a windy night in Los Angeles and the breeze blew in hard as Lux’s hit sailed to deep left-center field. Ultimately, it knocked the ball down, made it playable for the centerfielder and gave the Giants a 2-1 series lead over their NL West rivals.

Lux clearly thought the ball was gone off the bat. He even celebrated and pointed at it as it flew towards the outfield. But ultimately, it turned into a very unlikely out for the Dodgers.

Just how unlikely was Lux’s hit? The Dodgers’ second baseman hit the pitch with a 106.9 mph exit velocity and a 22-degree launch angle. As ESPN’s Jeff Passan explained, balls hit that hard at that angle in 2021 were hits at an 88.7 percent clip.

Meanwhile, MLB.com’s Mike Petriello reported that balls hit in that fashion are home runs a whopping 69 percent of the time.

“He got every bit of that ball,” Dodgers manager Dave Roberts said, per NBC Sports Bay Area. “I think any other night, the [Chris Taylor] ball and the Gavin Lux ball would have been home runs.”

“My stomach pretty much sank when he hit it,” Giants third baseman Evan Longoria said. “I couldn’t believe that it didn’t [go out], but I guess it was just our night tonight.”

However, Giants’ pitcher Camilo Doval, who closed the game throwing two innings for San Francisco, was confident that Lux’s blast would come up short and give the Giants the win even after that hard contact.

“I didn’t think it was going to be a home run because of the wind,” Doval said. “When I saw the ball going that way, I thought the wind was going to knock it down.”

Indeed, it did. Now, San Francisco has to win just one more game to knock out the team with baseball’s second-best record and advance to the NLCS for the first time since their World Series-winning campaign of 2014.