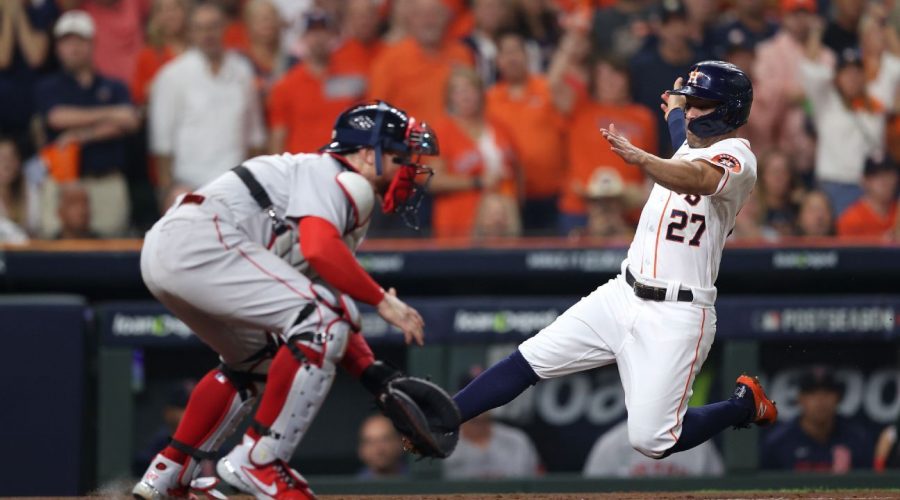 From Fenway magic to Tropicana Field’s catwalk aiding in a home run, the 2021 MLB playoffs have had their fair share of entertaining matchups and theatrics.

The Los Angeles Dodgers punched their ticket to the National League Championship Series Thursday with a slightly controversial and highly dramatic Game 5 win over the San Francisco Giants. They’ll see the Atlanta Braves beginning Saturday with a trip to the World Series on the line.

Game 1 of the American League Championship Series between the Houston Astros and Boston Red Sox is set to be the next interesting act of the postseason.

The matchup will not be short on storylines for this rematch of the 2017 and 2018 ALCS contests. It’s the third postseason meeting between the two teams, with the winner of the previous two going on to win the World Series.

The Astros are looking to advance to the World Series for the second time in three seasons, but they’ll have to do it without Lance McCullers Jr. The right-handed pitcher left Game 4 of the division series against the Chicago White Sox with a forearm injury and remains on the taxi squad.

The Red Sox are coming off a thrilling series against the Tampa Bay Rays. Heading into the ALCS matchup, history appears to be on their side as they won each of the last four postseason games against the Astros.

Boston couldn’t take advantage loading the bases at the top of the first inning, which allowed the home team to start the scoring as Jose Altuve scored on Yordan Alvarez’s sacrifice fly.