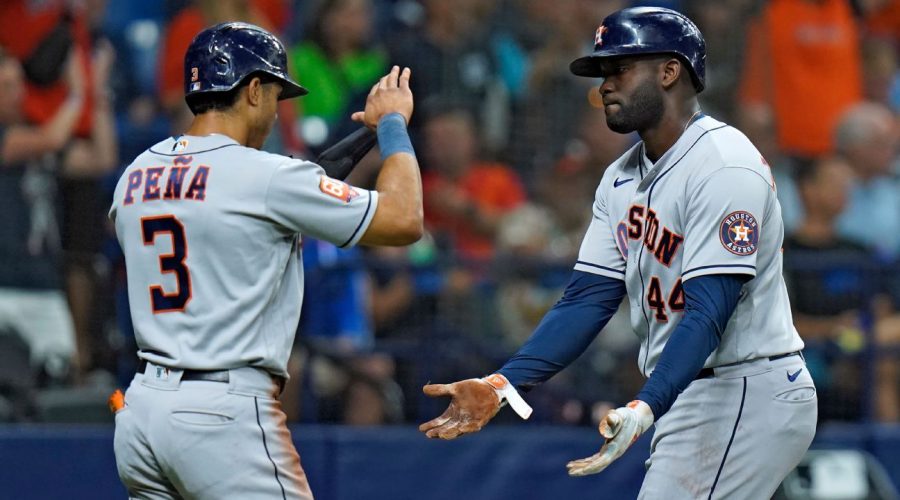 ST. PETERSBURG, Fla. — The Houston Astros clinched their fifth AL West title in six years, getting a leadoff home run from Jose Altuve in a 4-0 victory over the Tampa Bay Rays on Monday night.

Headed to the postseason for the sixth straight season, Houston won for the eighth time in nine games and improved the AL’s best record to 97-51. A major league-best 16-4 (.800) in its last 20 games, the Astros are now assured of a first-round bye in the playoffs.

Tampa Bay (82-65) is in position for the second of three AL wild card berths, one game behind Toronto (83-64) and a half-game ahead of Seattle (81-65). After the three-game series that ends Wednesday, the Rays host the Blue Jays in a four-game series.

Harold Ramirez had three of the Rays’ five hits. Drew Rasmussen (10-6) gave up four runs and six hits in six innings. He has allowed four runs in consecutive starts and giving up three runs or fewer during 11 in a row.

Altuve’ hit his 25th homer on the fifth pitch of the game, his 11th leadoff homer this season and 32nd of his career. Altuve singled leading off the sixth, Jeremy Pena walked and Yordan Alvarez hit an RBI single. Alex Bregman followed with a broken-bat, two-run double.

Information from The Associated Press was used in this report.