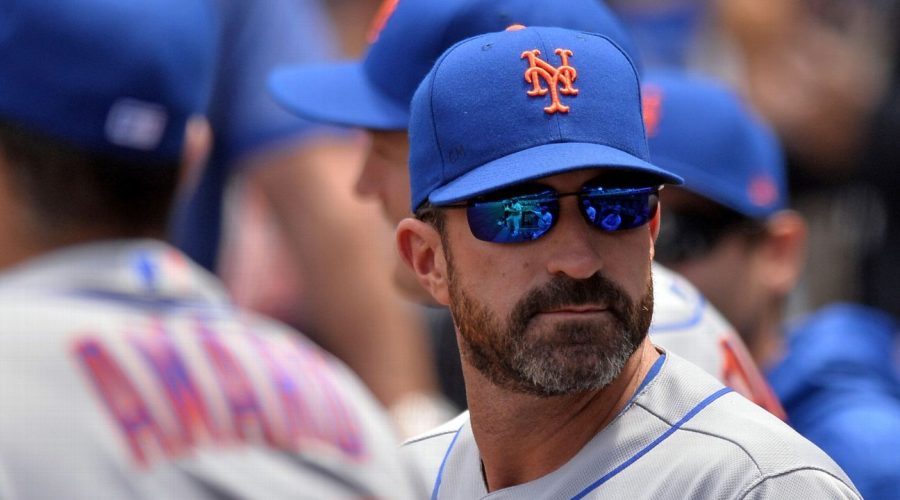 New York Mets president Sandy Alderson says his organization was shortsighted in its hiring process while vetting former manager Mickey Callaway, who has been accused of sexual misconduct by five women in a recent report by The Athletic.

“When we hired Mickey, Mickey was the hot commodity,” Alderson said Monday. “There were a number of teams that were anxious to talk to him and possibly sign him to a contract. We felt very fortunate at the time to get him based on his reputation in the game.

“Now, was that shortsighted on our part and too narrow a focus? I think the answer is probably yes.”

Callaway was hired by the Mets in October 2017 and spent two seasons as their manager before becoming the pitching coach for the Los Angeles Angels in October 2019. The Angels suspended Callaway last month in the wake of the report from The Athletic and is working with Major League Baseball on conducting a full investigation.

Callaway has denied wrongdoing, which prevents the Angels from firing him without just cause from an investigation.

Alderson hired Callaway in October 2017. According to the report from The Athletic, in August 2018 — 10 months after the hiring — the Mets learned of an incident involving Callaway that took place before the team hired him. While the team investigated the matter, the Mets declined to reveal the nature of the incident or the outcome of the probe. Callaway continued managing the team until the conclusion of the 2019 season.

“I think especially in retrospect, there probably should’ve been a broader assessment of his qualifications,” Alderson said. “In terms of people we actually talked to, there were no reservations. I think the process should’ve been broader. We’ve learned that lesson and the process that we currently have is and will be broader than it was in 2018.”

Alderson’s comments came after a tumultuous offseason during which the Mets fired general manager Jared Porter and hitting performance coordinator Ryan Ellis for sexual harassment. Alderson said the team is being more “intentional” in its hiring process.

“In respect to the vetting process, we’re being more intentional about communicating with women that have had some contact, not necessarily fellow employees, but other third parties that might have come in contact,” Alderson said Monday. “We’re probably taking our background checks to a somewhat higher level to the extent that we can.”

Alderson said that moving forward, the Mets will be reaching out to women around the game in order to get a broader sense of a candidate’s reputation around baseball.

“We just have to be mindful of each of these cases,” he said. “We have to be broader in our understanding of who these people are and what their backgrounds may be.”

Alderson said that if the Mets signed Bauer, who ultimately signed with the Los Angeles Dodgers, the team planned on Bauer having conversations with groups, including women, to talk to him about his social media behavior.

“We talked extensively to the agent about what we thought would be necessary for taking responsibility for what happened in the past and what might happen in the future. We spent a lot of time on it. It’s not foolproof,” Alderson said. “We weren’t being naive, I don’t think, in the sense that we can turn this guy around on a dime and turn him into something he wasn’t before.”

“But I felt like we could manage it as long as we were communicating with him and being attuned to what was going on. We felt we could manage it. It’s possible we couldn’t have been able to, but at this point, we don’t have to worry about it.”