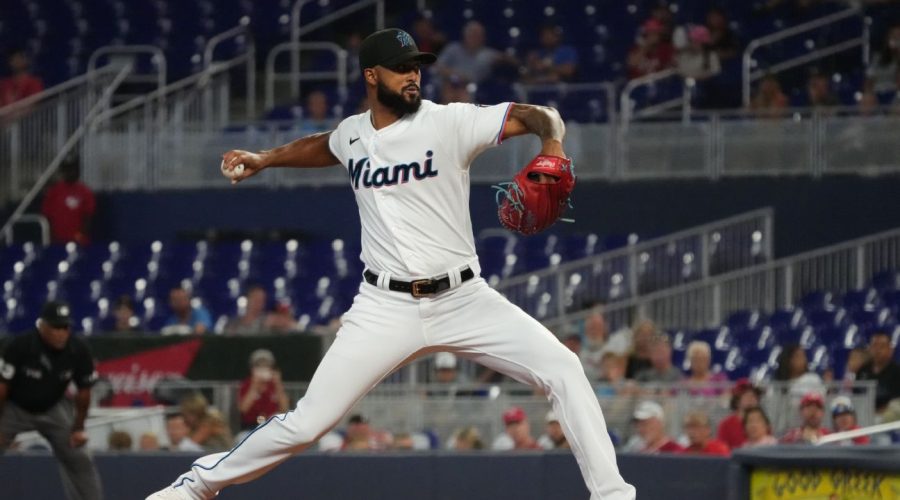 It wasn’t a question of whether Sandy Alcantara would win the Cy Young Award, just one of whether he would become the first unanimous winner in the National League since Clayton Kershaw in 2014.

In this age of five-inning starters, Alcantara stood out as a unicorn: He pitched 228.2 innings, 23.2 more than other pitcher in the majors, and the most innings since David Price threw 230 in 2016. He threw six complete games – more than any other team. He pitched at least eight innings in 14 of his 32 starts, the most such games since 2014. His 8.0 WAR easily topped Aaron Nola’s 6.0 as the best in the NL and ranked as the best in Marlins history, ahead of Kevin Brown’s 7.9 in 1996.

“I’m very happy with the type of season I was able to have this season,” Alcantara said in a video released when he won the Players Choice Award as the outstanding NL pitcher. “It’s like I’ve always told the media: My mentality is to be a lion on the mound, finish all my starts.”

Here’s another way to view Alcantara’s award: He had 16 starts of more than seven innings when you add in his two 7.2-inning outings. Fried and Urias combined for just two outings of more than seven innings. It wasn’t just his workhorse ability that made Alcantara the Cy Young winner, however. His 2.28 ERA ranked second in the NL behind Urias’ 2.16 and he held batters to a .212 average with some of the most electric stuff in the majors.

“He’s throwing 100-plus miles per hour and he’s got movement on that fastball,” Cardinals first baseman Paul Goldschmidt said.

Indeed, Alcantara averaged just under 98 mph with his fastball (he throws both a four-seamer and sinker), but his game plan is a little different from a lot of modern pitchers. He induces a lot of soft contact rather than just rack up strikeouts – and thus avoids the high pitch counts that result from a lot of deep counts. As a result, he led all starters in averaging just 14.2 pitches per inning, allowing him to go deep into games. He still managed 207 strikeouts, including a season-high 14 in an eight-inning win over the Braves on May 28. “Sometimes with Sandy it looks like pitch and catch,” then-Marlins manager Don Mattingly said after that dominating victory.

Originally signed by the Cardinals out of the Dominican Republic, the Marlins acquired Alcantara after the season 2017 in a trade that sent Marcell Ozuna to St. Louis. Alcantara made the All-Star team in 2019, his first full season in the majors, when he finished with a 3.88 ERA, and then had a big breakout in 2021, when he went 9-15 with a 3.19 ERA in 205 innings.

An improved changeup took him to another level this season, as batters hit just .145 against it with no home runs in 248 at-bats. It’s a power change that averaged 91.8 mph – yes, a 92-mph changeup. According to Statcast metrics, his changeup saved 25 runs, the most valuable changeup in the game in 2022.

Maybe the highlight of Alcantara’s season wasn’t one of his seven scoreless outings, but a 4-3 victory over the Cardinals on June 29. Leading 4-3 with runners at first and second and one out in the ninth and Alcantara at 115 pitches, Mattingly came out to apparently remove him from the game. Alcantara talked himself into staying in and two pitches later induced to a double play to end it.

“When he came to me, I said, ‘I got it. I got it.’ I think he has too much confidence in me to finish the game,” Alcantara said after that win. “I don’t have to worry when I have men on base. I know I can throw a strike and get a double play.”

“He said he had it and he did,” Mattingly said. “I wasn’t going to promise him two hitters but I gave him that one. He’s pretty special.”

Special enough that the extension the Marlins signed him to last November that runs through 2027 now looks like a bargain. With the Marlins now having a Cy Young winner, the only franchises without one are the Texas Rangers and Colorado Rockies.