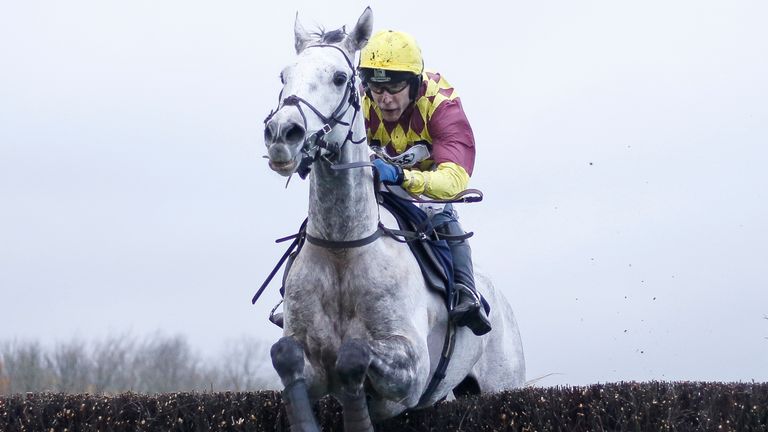 Views from connections ahead of Saturday’s rescheduled Coral Welsh Grand National at Chepstow.

Evan Williams is hoping Secret Reprieve can overcome his inexperience and justify favouritism in the Coral Welsh Grand National at Chepstow on Saturday.

The seven-year-old has headed the ante-post market for the long-distance handicap chase since a resounding success in the Rehearsal Chase at the Monmouthshire venue last month.

That was only his fifth run over fences and eighth career start in all, but Secret Reprieve does tick a lot of boxes ahead of the contest, which is subject to an 8am precautionary inspection.

“The positives are he’s well handicapped, he has a good racing weight and he loves the track,” said the Llancarfan trainer.

“The negatives are he’s very inexperienced and he’s got no experience in big fields, so there are positives and negatives but fingers crossed it’s on.”

Williams also saddles Prime Venture, who was fourth behind Potter’s Corner in this race last season and made a winning reappearance at Sedgefield in November.

“Prime Venture is a horse who has to improve because he’s up 4lb, but I think he has improved,” he said.

“He’s far from straightforward, but on his day he does thrive in races like the Welsh National.

“He’s been placed in a Welsh National, placed in a Midlands National and he’s more than capable on his day.”

Ramses De Teillee, runner-up to Elegant Escape in December 2018, is one of two runners from the David Pipe stable.

The grey has to bounce back from a disappointing run in the Becher Chase at Aintree, over the Grand National fences, won by his stablemate Vieux Lion Rouge.

“Ramses De Teillee didn’t handle the fences at Aintree last time. He’ll be more at home over the park fences. He’s finished second in the race before,” said the Nicholashayne handler.

Vieux Lion Rouge has a 4lb penalty for his Becher success.

“Vieux Lion Rouge is 8lb well in, but going up 12lb for his last win was harsh enough,” Pipe added.

“Both are in good form and will like the ground and hopefully have each-way chances.”

Tom George feels Springfield Fox will relish the heavy ground and is expecting a big run.

The eight-year-old has not run over fences since unseating his rider in the National Hunt Chase at the Cheltenham Festival, but had a prep run over hurdles on this course five weeks ago.

“He loves really heavy, testing ground – that’s perfect for him. He gives the impression he just keeps galloping. He’s not a speed horse, he’s an out-and-out stayer,” said the Slad handler.

“I think everything is in his favour, I just hope it goes ahead.”

Truckers Corner and Yala Enki were second and third 12 months ago and their trainer Paul Nicholls is convinced they will not be far away again.

“Conditions will be ideal for both of ours,” the Ditcheat handler told Betfair.

“Yala Enki stays all day, has gone close in the race for the last two years and is again a big player despite carrying top weight.

“He did brilliantly at Cheltenham in November when he was only just chinned by Ramses De Teillee. That was a career best in my book, but he then over jumped at the first in the Becher Chase at Aintree which was just one of those things. He looks rock solid in a race tailor-made for him.”

Truckers Lodge won the Midlands National last season, but is a lot higher in the handicap and unseated his rider at Kelso on his return.

“He is nice and fresh and was fine after he unluckily unseated Lorcan Williams at Kelso the day I expected him to go close,” said Nicholls.

“He is a relentless galloper and ran clean away with the Midlands Grand National just before lockdown, although the handicapper had his say afterwards by raising him 14lb.

“Truckers Lodge ran a blinder in this race a year ago to be beaten less than two lengths by Potters Corner and will give a good account again, though it will be harder for him from his new handicap mark.”

Nicky Martin reports The Two Amigos to be in better shape than 12 months ago when he was fifth and he made an encouraging reappearance when second to Secret Reprieve last month.

“He doesn’t do a lot when he comes off the bridle and he is a front-runner. That’s where enjoys being, but he does stay all day. Hopefully, he’ll stay a bit better this time,” Martin told Sky Sports Racing.

“Obviously the favourite (Secret Reprieve) is well handicapped, but we’re slightly better in at the weights this time round.

“He’s just very consistent. He’s rated 142. He’s off the same mark as he was last year. He’s never won off that mark, but he’s always there or thereabouts.”