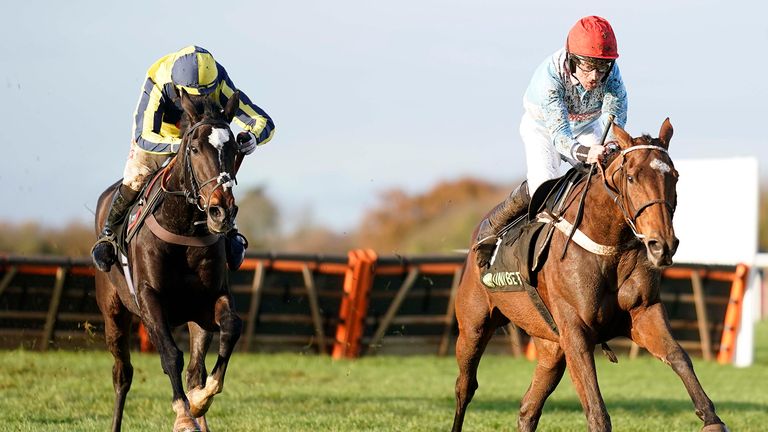 Verdana Blue produced a sparkling display to brush aside more exalted rivals in the Unibet Elite Hurdle at Wincanton.

Nicky Henderson’s mare was fighting fit after wins on the Flat and in a Listed hurdle at Kempton last month, and she took the step up to Grade Two company in her stride under Jeremiah McGrath.

Stablemate We Have A Dream, sent off the well-backed 7/4 favourite, set out to make it a true test under Darytl Jacob but he came under the pump after turning for home as If The Cap Fits and the eventual winner made their move.

If The Cap Fits was in front two out but a scruffy jump didn’t help his cause there and the strong-travelling Verdana Blue swept by him coming to the last flight.

She swiftly put the race to bed and went on to score by two and a quarter lengths from If The Cap Fits, with We Have A Dream a further seven lengths back in third and Redicean well held in fourth.

Sky Bet reacted by slashing Verdana Blue to 7/1 favourite for the Greatwood Handicap Hurdle at Cheltenham next Sunday, while the Nicky Henderson-trained mare is 25/1 for the Unibet Champion Hurdle at the Festival in March.