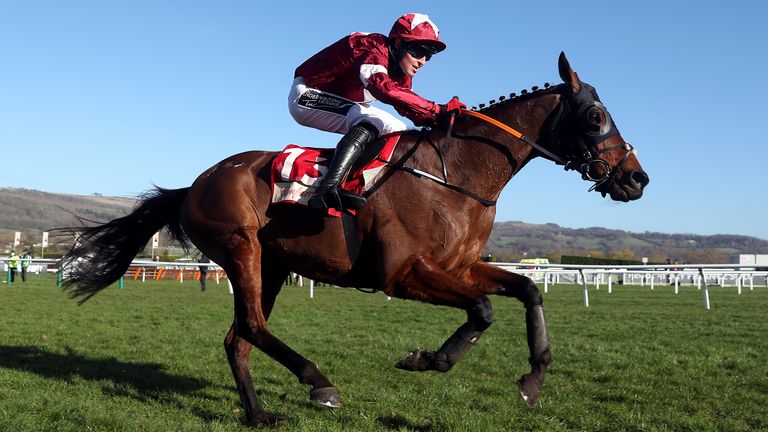 Tiger Roll’s owners have raised the possibility of a trip to Aintree after all – but for the Betway Bowl.

The dual Randox Grand National winner produced another stunning display at the Cheltenham Festival on Wednesday when landing his third Glenfarclas Chase, his fifth win at the meeting overall.

In previous years Tiger Roll had gone on to win the National, but owners Gigginstown House Stud decided to remove Tiger Roll from the Aintree feature following the allocation of his weight, which they deemed to be “unfair”.

However, in beating last year’s Glenfarclas winner Easysland by 18 lengths, Tiger Roll proved at the age of 11 he is as good as ever and could now get the chance to prove himself in a Grade One chase for the first time in his career.

Tiger Roll is currently in the care of Denise Foster while Gordon Elliott serves a suspension.

Eddie O’Leary, racing manager for Gigginstown, told Nick Luck’s Daily Podcast: “He seemed to jump off with a big smile on his face and as the race went on, he seemed to get better and better.

“Because he is what he is there are no races for him, and because of the famous handicap mark he has, there are no opportunities to get it down. He doesn’t really run on (conventional) tracks.

“We’ve absolutely no regrets about taking him out of the National as his rating is just too high. We’re probably going to have to run him at a park track, we’re even considering the Betway Bowl at Aintree.

“The way the horse won yesterday, retirement is off the table – he’s loving life and while he is we’ll listen to him.

“He’ll probably go for the Bowl and unfortunately he’ll prove he’s not that (166 rated), unless he is and then he’ll prove us all completely wrong.

“The Tiger we saw yesterday, you’d have to give him 10 out of 10, which is a testament to all at Cullentra.”

March 18, 2021 Horse Racing Comments Off on Tiger Roll could still head to Aintree next for Betway Bowl
NFL News