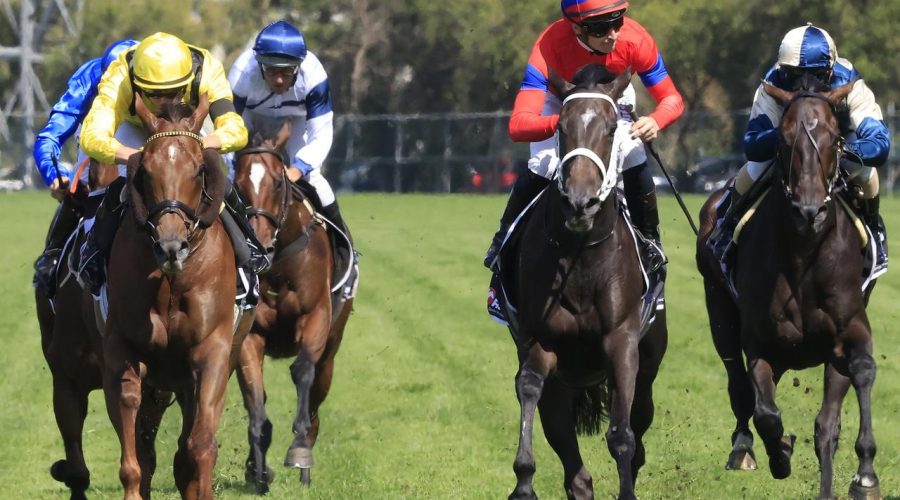 Verry Elleegant, her jockey James McDonald, and trainer Chris Waller, were the dominant forces in Group 1 racing this season with the outstanding mare to be rewarded with the coveted Horse of the Year title.

This is the end result of the 75 Group 1 races held during 2020-21 which culminated with Tofane’s win in the Tatt’s Tiara at Eagle Farm last Saturday.

There were 13 multiple Group 1 winners during the season but the only horse to win more than twice at the elite level was Verry Elleegant.

Verry Elleegant’s ability to win over a range of distances from 1400m to 2400m, and succeed under handicap and weight-for-age conditions proves she was clearly the nation’s superior racehorse this season.

McDonald rode Verry Elleegant in three of her big-race wins as the jockey ended the season with eight majors to claim the nation’s leading Group 1 jockey title for the first time.

After successive Group 1 wins on Tofane in the Stradbroke Handicap and Tiara, Craig Williams ended the season with six majors and outright second position on the jockeys rankings ahead of Tommy Berry and Willie Pike with five wins each.

But Verry Elleegant’s five majors will ensure Waller has trained the Horse of the Year winner for the sixth consecutive year after Winx’s four-peat between 2016-19 and Nature Strip last year.

Apart from Verry Elleegant, her stablemates Nature Strip, Hungry Heart and Kolding did their part with two Group 1 wins each while Waller also had Yulong Prince, Selino and Kukeracha win at the highest level.

ZAAKI and Incentivise are the most exciting front-running distance gallopers to emerge since the great Might And Power two decades.

Both have risen from virtual obscurity to dominate the Brisbane winter carnival. They have the rare ability to find a position on speed and still have the stamina to accelerate clear, scoring some of the most spectacular wins seen in years over distances of 2000m and 2400m.

They remind me of Might And Power, a magnificent, front-running stayer, who won many of his races by huge margins. He led throughout to win the 1997 Caulfield and Melbourne Cups, and 1998 Cox Plate.

His most emphatic win was in the 1998 Queen Elizabeth Stakes at Randwick when he defeated elite Group 1 horses like Champagne and Catalan Opening by 10-1/2 lengths.

Zaaki and Incentivise haven’t been racing against horses of that quality in their Brisbane wins but all you can do is beat the opposition against you on the day and both have made their rivals look second-rate in recent weeks.

The Annabel Neasham-trained Zaaki reeled off easy wins in the Hollindale Stakes, Doomben Cup (by seven lengths) and Q22 and is now a pronounced favourite for the Cox Plate next spring.

Incentivise started his campaign with a maiden win at the Sunshine Coast. He strung together six successive wins including the Tatt’s Cup at Eagle Farm last Saturday.

Hear from Steve Tregea after Incentivise brained them in the Tattersall's Cup at Eagle Farm. pic.twitter.com/hc9K2EFoRv

In his last three wins, Incentivise has won by margins of nine lengths, nine-and-a-half lengths and then 12 lengths in the Tatt’s Cup, his first stakes race success.

Despite his inexperience, Incentivise has been so impressive he is now the early favourite for the Caulfield and Melbourne Cups later this year.

When was the last time a Brisbane winter carnival produced the favourites for Melbourne’s three majors in the following spring?

#Might And Power (1998) is the last horse to complete the Doomben Cup-Cox Plate double in the same year while Vow And Declare won the Tatt’s Cup and Melbourne Cup two years ago.

GAI Waterhouse concedes it is going to be very difficult for international stayers to make it to Melbourne for the Cups this spring due to the changes in veterinary protocols.

“I don’t think we will get many overseas horses here for spring,’’ Waterhouse said.

“A lot of the internationals (trainers and owners) have been taken aback by the changes. It will be so hard for them to come down.’’

But Waterhouse, who trains in partnership with Adrian Bott, is going to do her best to get promising English stayer Military Mission to these shores to compete in the Melbourne Cup.

Military Mission was recently purchased by bloodstock agent Johnny McKeever on behalf of the Waterhouse-Bott stable before running a close fifth in the King George V Stake at Royal Ascot last week.

McKeever also purchased Knights Order in England for the Waterhouse-Bott stable with that stayer winning the Group 2 Brisbane Cup earlier this month.

“Converge is still in Queensland having some ‘R and R’ but he will be back at Randwick soon,’’ Waterhouse said.

“We will set him for the Golden Rose then if he could win that then look at going to the Caulfield Guineas and Cox Plate. He’s such a talented young horse.’’

JOCKEY Brendan Sweeney was seriously injured and remains in an induced coma after a three-horse fall at Darwin’s Fannie Bay racecourse on Saturday.

The Australian Jockeys Association provided an update on the welfare of the three riders involved in the fall with most concern for Sweeney.

Sweeney, 51, was put into a coma after suffering bleeding on the brain as well as broken ribs and a punctured lung. The jockey is reportedly in a stable condition.

July 3, 2021 Horse Racing Comments Off on The Group 1 racing season is over for another year and Verry Elleegant was clearly the standout performer
NFL News