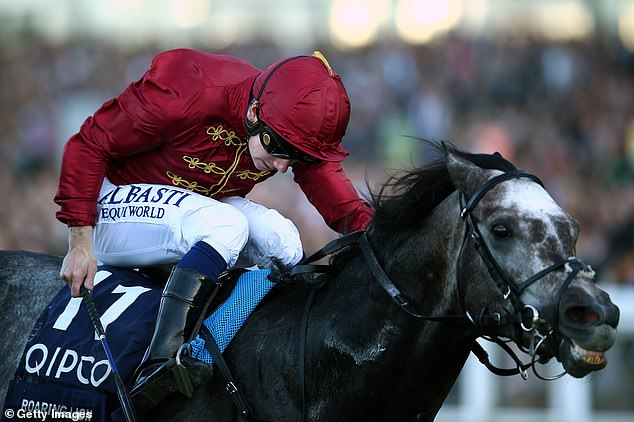 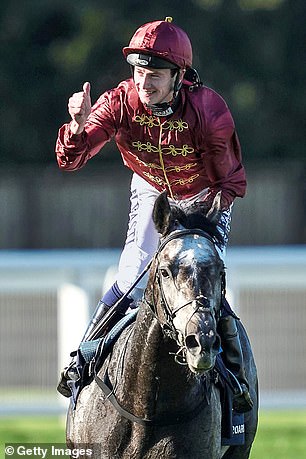 There was no hiding the pride Sheik Fahad and his brothers derived from the victory of their colt Roaring Lion in the Queen Elizabeth II Stakes and Sheik Fahad wants to end the grey’s career with an attempt at the Breeders’ Cup Classic, run on a dirt surface at Churchill Downs on November 3.

He reckons he owns the best mile-and-a-quarter horse in the world, one who is capable of triumphing on a surface alien to him — despite the dirt foiling every European Classic challenger apart from Andre Fabre’s Arcangues in 1993.

But the mountain Roaring Lion has to climb at the home of the Kentucky Derby was spelled out by trainer John Gosden, who landed the 2008 Classic with Raven’s Pass when the race was briefly run on an artificial all-weather surface.

‘He’ll be fine on the surface but the problem is the kickback,’ said Gosden. ‘It affects their breathing and they lose their rhythm.’

For Roaring Lion, a hold-up horse, a face full of dirt seems guaranteed. It will be like running flat out while being pebble-dashed.

The upside of a challenge is it is a shot to nothing. Lose and it was a mission impossible, win and you go down in racing history. There is much to discuss for owner and trainer ahead of the Breeders’ Cup entries being revealed on Wednesday.

Three wins with Cracksman, Roaring Lion and Stradivarius plus the second and third places of Coronet and Lah Ti Dar ensured trainer John Gosden’s horses won almost £1.9million of the £4.5m available of the richest day of racing ever staged in Britain.

It earned the Newmarket trainer a third Flat championship while his Group One wins in 2018 rose to 12, 10 of them in Britain.

There will be no let-up either. Stradivarius and Lah Ti Dar will be back for more in 2019 and there is a chance that his Arc winner Enable will be too after she has tackled the Breeders’ Cup Turf.

In his unbeaten Dewhurst Stakes winner Too Darn Hot and Coventry Stakes scorer Calyx, Gosden also has two of the most exciting 2019 Classic hopes. 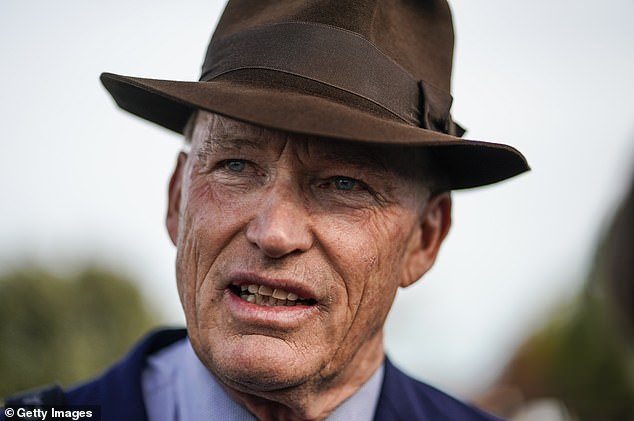 Sing up for Stradivarius

There is an argument that in winning the Yorkshire Cup, Ascot Gold Cup, Goodwood Cup, Lonsdale Cup and Saturday’s Long Distance Cup, the unbeaten sequence of Stradivarius has been the most impressive for a staying horse on the Flat for half a century.

The staying division might not be as sexy as the middle distance categories but his is a legitimate claim to be regarded as the Horse of the Year.

Yorkshire trainer Richard Fahey had always insisted Sands of Mali was capable of winning a Group One race but his faith must have been tested before the colt came good under Paul Hanagan at the seventh attempt when making all in the Champion Sprint.

A sprinting division which initially looked red hot, with contenders such as Saturday’s runner-up Harry Angel and Charlie Hills-trained Battaash, has thrown up some confusing results. Every Group One sprint run in Europe in 2018 has had a different winner. But with a winter to strengthen up, Sands of Mali could stamp his authority on the division next year. 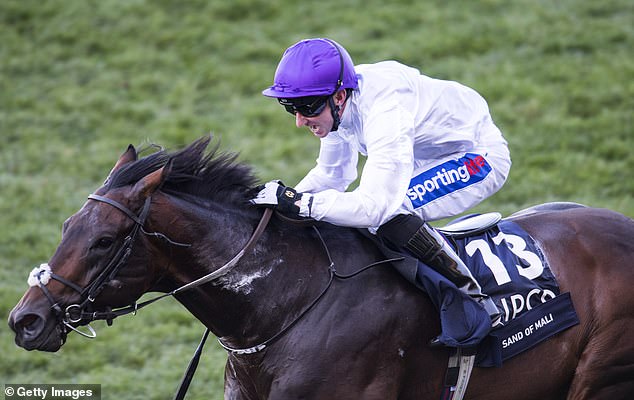 Silvestre de Sousa was crowned champion jockey and Frankie Dettori produced the ride of the day when grabbing a gap between the rail and Ryan Moore’s mount Flag of Honour for a decisive winning move on Stradivarius.

But a ninth Group One win of this year on Roaring Lion makes Oisin Murphy the Jockey of the Year for me, such is the progress he has made in confidence and skill.

Aidan O’Brien felt Fillies & Mares Stakes winner Magical was a big Oaks contender before she was injured. The filly then finished 10th to Enable from a poor draw in the Arc. She is set for a rematch in the Breeders’ Cup Turf, despite bookmakers concentrating their quotes on the shorter Breeders’ Cup Fillies & Mares Turf.