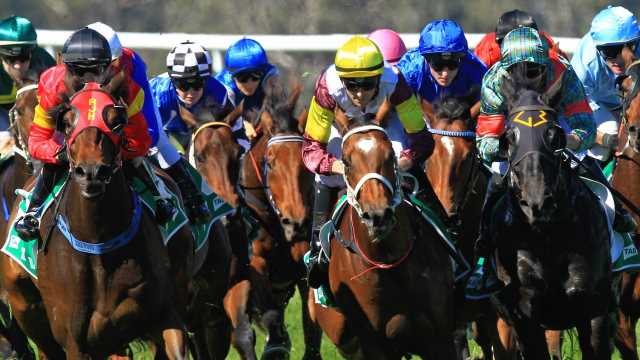 Form analyst Shayne O’Cass is keen on a six-year-old who has shown a liking for heavy tracks to get the job done at Warren.

Handy winner of six races including two on heavy tracks. Racing in great heart this preparation and well placed here.

May have gone a bit too fast for his own good when fading out of it at Dubbo last start. Hasn’t done much wrong in his 11 starts.

Only has to run up to his super impressive trial win at Coonamble to kick off with a debut win. Seems to be a bit above average at this point anyway.

Jake Pracey-Holmes has a nice book of rides kicking off with Lockdown Gamble in the opener.

THE INSIDE MAIL FOR WARREN

Lockdown Gamble, a topical tip if ever there was one, looks primed to make a winning debut. There was a lot to like his barrier trial win at Coonamble when he put more than three lengths on his chasing rivals. He’s drawn to get the right run, too. Another first-starter, Protostar trialled nicely at Scone and would be top pick but for his horror draw. Mighty Minnie has reeled off three successive placings and gets her chance from the inside gate. Sizzling Star did enough in a recent trial to suggest he can run well on debut, particularly from his inside draw.

Capital Venture is resuming but gets an opportunity to break his maiden here. He’s been placed in five of his 12 starts including his third at Muswellbrook on a soft track before his spell. He’s sprinted well fresh previously and will go close. Money Not My God is improving with racing and wasn’t beaten far when resuming at Coonamble. He has the early speed to take full advantage of his inside draw. Rubick Sun was an encouraging second on debut at Coonamble but tough task drawn off the track against older rivals. Lonely Power, a well-bred colt making his debut, is one to watch.

Trainer Cameron Crockett has a couple of leading chances in Capital Venture and My Khaleesi. Photo: AAP ImageSource:AAP

My Khaleesi, a grey filly by Sebring, is bursting to win a race after minor placings at Wellington, Dubbo and Coonamble. She tends to get back in her races but has a strong finishing burst. Reach Beyond started favourite and did well to break his at Muswellbrook. There is no reason to suggest he can’t go on with it here. Terry Tuffnut won his maiden on a heavy track two starts back and can improve on his last start effort back on soft going here. Happy Az is racing well but the wide barrier is a concern.

Bet: My Khaleesi to win, saver on Reach Beyond.

Music Miss is one of a number of leading players headed to Warren trained by Kody Nestor. This daughter of noted mudlark Your Song has herself won on a slow track and was a runner-up at home at Dubbo on a heavy 10 two starts ago. Gets her chance for a second Warren win on Tuesday. Dusky Damsel is unplaced on both tries on a heavy track but she has won twice on slow. Best of all perhaps is that she has been here only once and won. Risk And Reward didn’t offer up much in the Walgett Cup last start but ran a solid race at Dubbo before that.

Tenango is unlikely to start which opens the way for the Wanda Ings trained mare Missile Miss. This rising eight-year-old daughter of Smart Missile finished fifth last start at home at Bathurst but it was an unusually strong race given that the winner was Tags and the runner-up was the previously unbeaten Smuggler’s Bay. Go well here. Cameron Crockett trained Remorseless was a Goulburn winner for his previous trainers, Peter and Paul Snowden. Was only beaten two-lengths in a race at Muswellbrook first-up under the new management. Has obvious claims. Tell Tails is well up to winning but would perhaps require an upgrade of the track. Otherwise, sound.

Classy Rebel is a handy son of VRC Derby winner Rebel Raider trained at Dubbo by Dar Lunn. This brown/black coloured gelding won the Gulgong Cup just prior to his last start fifth of 10 in the Coonamble Cannonball, both of which reads very well for a race of this nature. Has won twice on heavy too. Fox Spirit opened the campaign with an easy win at Wellington. Disappointed last time to the races at Coonamble but can atone. Niccolon has raced four times on a slow rated surface coming away with two wins. Resumes here at a track where he has placed (from only visit).

Raised To The Max maybe went out a little bit hard for his own good when he faded late to clock in a close-up sixth of the 14 runners in that Class 2 at Dubbo over 1000m on May 22. He has the freshen-up in readiness for this afternoon’s assignment which shapes as the perfect race for the son of Magic Albert but for the wide alley. Beau Factor is another of the Kody Nestor string making their way to the Randwick of the West on Tuesday. This grey son of the grey stallion The Factor tried hard when runner-up to the handy Fifteen Rounds at home at Dubbo last time out. He too has drawn wide but he seems to like the wet being one for one on heavy. Kafusi has drawn way out but his trial win at Quirindi indicates a ’happy horse’.

Bet: Raised To The Max to win

Originally published asWarren tips: Rebel has the class to notch another win