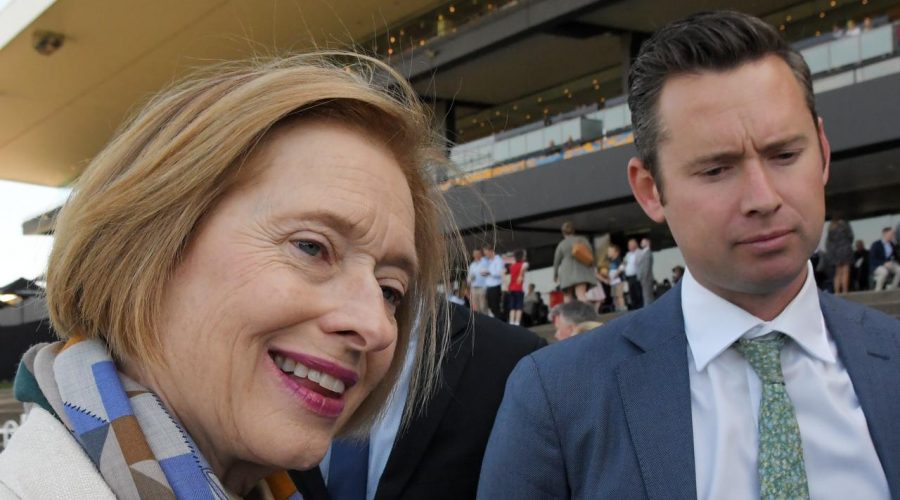 The Daily Telegraph’s Ray Thomas is confident a Gai Waterhouse and Adrian Bott-trained daughter of Sebring can kick start the day on a winning note at Goulburn.

Social Distancing shaped promisingly when narrowly beaten into third placing when resuming behind Pretty Elsa at Newcastle. She will strip fitter and looks very hard to beat.

Gai Waterhouse and Adrian Bott have a real opportunity to claim a winning treble at the Goulburn meeting with Social Distancing and Saturnina (race 1), Jimmy’s Dream (race 2) and Wholesome Delight (race 5).

Golden Avenger is resuming off a lengthy break but his two recent Muswellbrook barrier trial efforts have been encouraging. He has been very competitive in much stronger races and he does sprint well fresh.

Sublime Lady was having her first race since last November and she worked to the line nicely for second behind the smart Sweet Ruby in slick time at Muswellbrook. Sublime Lady will be fitter and does look well placed on Tuesday.

THE INSIDE MAIL FOR GOULBURN

Go Troppo didn’t shirk his task but couldn’t bridge the gap on all-the-way winner Echo Point at Kembla Grange. He’s been placed in three of his four starts and gets his chance to break his maiden on Tuesday. Caesars Palace worked to the line to just miss a place at Newcastle and should find this easier although he is jumping up sharply in distance to 1600m. Don Arcangelo is resuming but can stay as he demonstrated when just missing over 1900m at Gosford back in spring. His lack of recent racing is the only concern. Mr Resilient is a place chance.

Wholesome Delight does look hard to beat. She should be able to lead and dictate the tempo to suit and her recent provincial runs indicate she is ready to win. Her last start fourth in a benchmark 64 at Kembla Grange is a good form reference for this race. She just needs to tick the 1400m box. Majestic Wings ran on well at Muswellbrook and will appreciate this trip. Salute To The Sun ran a blinder at Wagga Wagga last start and should go close. Lady Kirkham might need the run but if anywhere near right for her return, she will be in the finish.

Hurt Money won at Hawkesbury over 1000m, then was runner-up at a Canterbury night meeting before being placed at the provincials during a solid summer campaign. He resumes off two good trials and is suited this grade and trip. Look Only is the danger. She has run two good races and gets in well with the claim. Art Of Excellence scored a convincing win first-up and can only be improved. Young Heart is back in his right grade.

Delude settled at the back of the field, went very wide on the turn and charged home to just miss at Nowra. Racing well and although he hasn’t won a race for more than two years, gets his chance here. Rio De Janeiro is fitter for two runs back and with even luck from his wide draw, will be in the finish. Vee Eight doesn’t know how to run a bad race and Trapper Tom is working his way back to top form.

THE INSIDE MAIL FOR NARROMINE

Golden Avenger, from the in-form Cameron Crockett stable, resumes in a winnable race on Tuesday. He’s raced well first-up previously and has been readied for his return with two recent barrier trials. Golden Avenger was kept under a tight rein at Muswellbrook last week when he ran second, beaten more than six lengths by flying machine Remlaps Gem. Drawn well and is clearly the one to beat in this grade. Casino Lord has been freshened since successive Tamworth wins and has also had a nice trial hit-out leading into this race. Peloso Lass should get the run of the race and Planet Ex is worth consideration.

Choosday Nights tried hard but was no match for dominant winner Knuckle Warrior at Canberra. She won at Bathurst three starts back and looks well placed in this Class 1-Maiden. You Too has run even races to finish just behind the placegetters in two runs this campaign and will appreciate the drop in grade. Croatian Madame has been placed in there of her five starts and should be able to settle closer form her good draw. Rar Rar flew home to win at Mudgee and is right in this race.

Bet: Choosday Nights to win, saver on You Too

Lettre D’Amour is a smart mare racing in very good form. She won well at Newcastle then wasn’t beaten far when fifth at Kembla Grange. She is coming out of the provincials and been freshened for this race. Second emergency Patrick May is a consistent sprinter, drawn to suit and gets in will carry only 54kg after the claim. In a very open race, he will give a great sight at odds. A Magic Zariz has had two runs back and can improved sharply while Toulon Brook is better suited over further but watch for him charging home.

Papa John unleashed a tremendous burst wide out on the track to come from near last and score first-up at Mudgee. He’s down in grade but has to carry topweight of 61kg. His second-up record is not encouraging but the Mudgee win was brilliant. Deshawn drops to 56kg after the claim and he has put together five very solid effort this campaign. Poor Sam is fitter and Beach House is a place chance.