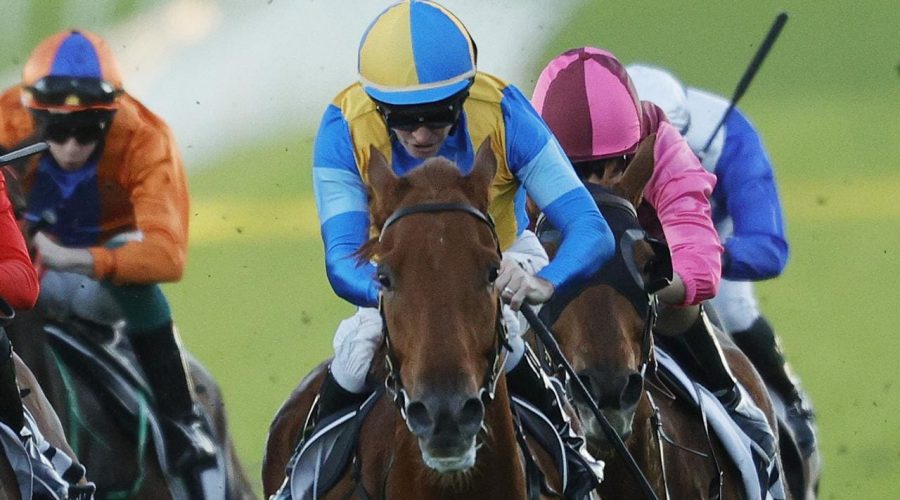 The Daily Telegraph racing editor Ray Thomas runs the rule over the Canterbury program on Wednesday.

At his peak now, has the tactical speed to overcome wide draw and is effective on wet tracks.

Tough grey gelding in good form and well placed here. Working up to a win and will be hard to beat.

Hibiscus Lady has been competitive in each of her three runs this winter and is ready to win. Her last start fourth behind Seleque at Warwick Farm was very good as she was caught on the worst part of the track near the inside. This is her chance.

Construct drew wide and was ridden conservatively early before finishing strongly for third when resuming at Kensington. The Breeders Plate runner-up earlier in the season, Construct will be fitter and stepping out to 1250m suits. Larkspur Run showed talent last season, running second in successive Canterbury starts before winning her maiden at Newcastle. She resumes here but looked very good in a recent trial win on this track. I Am Lethal wasn’t suited by the very heavy track conditions at Warwick Farm on debut and can improve. Almighty Rising won well here track when resuming and Turgenev had a spectacular barrier trial.

Kennedy Choice was left in front on the home turn and fought hard, only to be run down near the line at Newcastle. Runner-up in his three starts this campaign and gets his chance here. Drawn to get the right run, he’s only half a kilo over the limit, handles rain-affected tracks and is at generous odds. Mount Fuji, the $2.8 million Easter yearling purchase, has been placed once in three starts and is first-up here after three solid trials. Kyalla, a first starter by champion sire Fastnet Rock, was kept under a tight rein when a close second in a barrier trial on this track this month. Looks to have ability and should race well on debut. Latin Lyric is one to watch at odds.

Hibiscus Lady had to make her run on the worst part of the track near the inside rail when a game fourth to Seleque in very heavy conditions. Fit, racing well and will go close. Seleque was too good at Warwick Farm when resuming and only has to hold that form to be hard to beat again. Matterhorn finished strongly to win first-up at Newcastle then beaten odds-on favourite at the same track. Worth another chance. Mr Magical is flying this preparation and Ellen Hennessy’s 3kg claim brings him in well at the weights.

Grenado was forced wide on turn but worked to the line for a closing fourth when resuming at Warwick Farm. Will be improved by the run and won over the Canterbury 1250m on a heavy track when resuming. Tastebud kept trying hard when fourth to No Laughing Matter. Improved by two runs from a spell and will be competitive. No Laughing Matter was very good last start and runner-up Rosa Moyessi has since won to frank the form. Yesmeena is a lightweight chance.

Tamerlane had to work a little early to get across from a wide barrier but looked to have his chance when a close fourth to Rustic Steel in similar class last start. Racing well and should get the right run from his favourable draw. Soami was three wide facing the breeze and did well to score a narrow win over 1000m at Kembla Grange. This is tougher but he is over the odds. Imposing Beau was beaten as favourite in Saturday class but comes back to the midweeks and the blinkers go on. Escape Artist has drawn wide and will be giving her rivals a start again.

Bet: Tamerlane to win; saver on Soami each way.

Bethencourt had a month between runs and indicated a win was imminent when closing strongly for second to the in-form Papal Warrior (O’mudgee third) at Rosehill. Looks placed to advantage back to midweek grade, although he has drawn awkwardly. Maccomo tried to make the running when he beat all but O’mudgee at Kensington. With four successive minor placings, deserves a win and should go close. Margie Bee led until final few bounds when second over this course and distance last start. Will give a good sight. Fantastic Baby is yet to miss a top two-finish in six starts, winning three. Drawn awkwardly and on trial at trip but rates highly.

Off Shaw has been improved by two runs from a spell, including narrow loss at Warwick Farm last start. Excels on wet tracks and ready to win. Miss Einstein got back in the field early and struggled to make ground wide out in the straight when unplaced at Rosehill. Back to midweek grade and will be very competitive. Wairere Falls ran string of minor placings then disappointed when beaten favourite at Rosehill. Nicely placed and can bounce back. Knight can run an improved race.

Bet: Off Shaw to win.

Originally published asCanterbury tips: Off Shaw to revel in wet