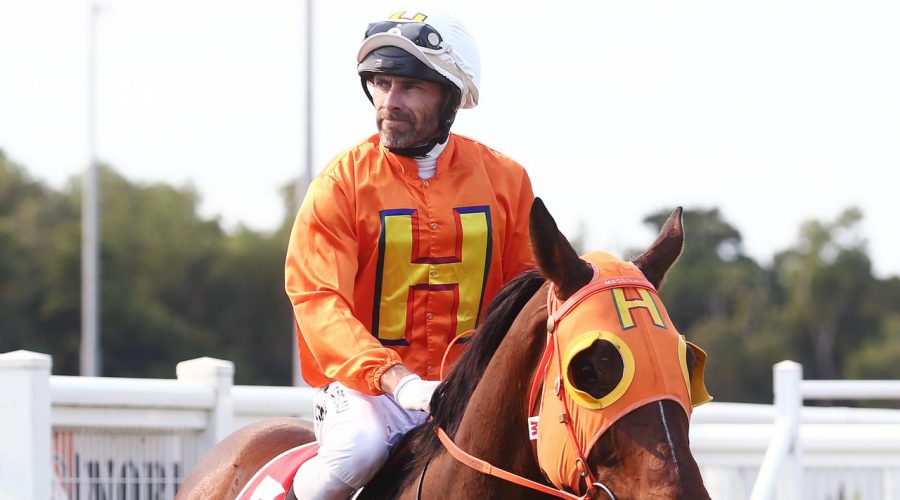 Popular jockey Chris Whiteley had his much-publicised two-month ban quashed by the Queensland Civil and Administrative Tribunal, putting the state’s under-fire appeals system in the spotlight yet again.

Stewards originally slapped Whiteley with the ban on June 25 last year for failing to give $1.30 favourite Silent Explorer all reasonable and permissible measures throughout the race in Cairns to win, however he was able to defer the suspension by seeking an internal review of the decision before taking it to QCAT.

Stewards took issue with Whiteley restraining the Stephen Massingham-trained galloper back to second last in the seven-horse field, saying he didn’t give his mount the full opportunity to win or obtain the best possible place in the field.

Fronting QCAT earlier this month, Whiteley was able to beat the ban with Queensland Racing Integrity Stewards confirming the ruling when asked.

In a statement Acting QRIC Commissioner Paul Brown said he would consider appealing the QCAT ruling.

“The Queensland Racing Integrity Commission is considering its prospects in respect to any appeal in relation to the Queensland Civil and Administrative Tribunal decision to set aside the charge and penalty in respect of jockey Chris Whiteley,” he said.

The decision again highlights Queensland’s clunky appeal system which allows jockey and trainers to defer their suspensions via an internal review before heading to QCAT.

Racing officials are desperate to move the system away from QCAT as a matter of urgency due to their lack of racing knowledge.

After pledging to fix the system as an election promise, Racing Minister Grace Grace was unable to put a timeline on when the system would be fixed but said she was aware of the issues.

It is understood the state government is awaiting what a preferred model from the relevant departments would look like before submitting legislation.

Not speaking to any case in particular, Grace acknowledged the system needed to be fixed.

“I share the industry’s concerns with the current review process for original decisions made under the Act and allegations of the misuse of ‘stays’ by some industry participants,” she said.

“The Government is already acting on these industry concerns.

“Meetings have been held between key stakeholders … to discuss the current internal and external review process.

“Stakeholder engagement continues and in line with the election commitment made, the Government is considering all options to address these concerns which includes legislative amendment.”

It comes just one day after News Corp revealed QCAT overturned jockey Luke Tarrant’s six-month disqualification for headbutting a rival jockey but did not actually make any material difference to his punishment.