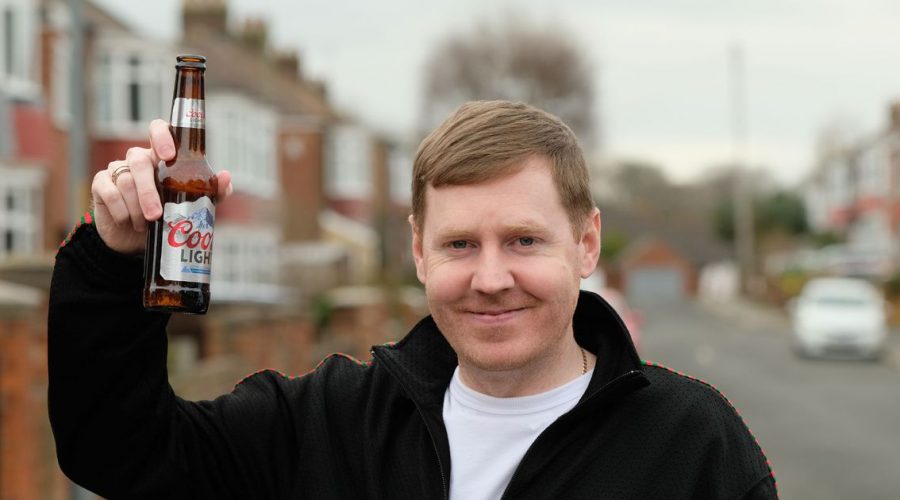 A lucky punter is planning the holiday of a lifetime for his mum after landing a whopping £250,000 at the Cheltenham Festival – from a £5 bet.

Paul Dean, 40, from Stockton-on-Tees, who has been betting since he was five-years-old, could have won half a million had his accumulator come in but he opted to take a partial cash out overnight on Wednesday.

And it proved to be yet another brilliant decision by the dedicated horse racing fan after his last pick, Envoi Allen, dramatically fell during the final race of his accumulator in the 1.20 at Cheltenham.

If that had won Paul would have walked away with a massive £322,000 but the bookies were surely breathing a small sigh of relief after the favourite crashed out.

Paul told The Mirror he never really intended to push it to the last race but was always confident his horses would win after doing hours upon hours of research.

He had already begun celebrating with a bottle of champagne last night and only managed four hour hours sleep while having the agonising discussion what to do with his parents.

Paul told The Mirror: “I am over the moon and I am just so happy I had the money secured but could still enjoy the last race properly thanks to Betfair letting me cash out.

“It wasn't quite ambition achieved but I'm really happy with the result of course.

“My parents were insistent I take it but I had to have a think, I don't think I was every really going to risk the £500,000 but I still wanted to enjoy the thrill of the last race with Envoi so it took a lot of thinking but Betfair were great and offered me the partial cash out.

“Everyone thinks I am joking but I am actually quite calm watching the races come in, I know they are going to win, my mates called me Iceman.

“My real worry is three months beforehand hoping they don't get injured and miss the festival.

“I have been betting since I was five, I study the form in great detail, sometimes eight hours a day. “This win means I can finally spend more time betting seriously which is what I love to do.

“I have always wanted to do it more but only took the leap 18 months ago and it looks like it has finally paid off. It feels like I am living my dream.”

Paul spends so much of his free time betting he says he bought a bottle of Bolinger champagne in advance of Wednesday's race in which he was certain horse Bob Olinger would romp home – and it did.

He said: “My dad said I must be mad but I just knew what was going to happen.”

The big win has been a long time coming for Paul whose first horse in the five-fold accumulator came in last June at Royal Ascot.

That was Golden Horde, winning the Commonwealth Cup at 12/1, before a day later, Hello Youmzain at 10/1 reigned supreme in the Diamond Jubilee Stakes at Ascot.

So far this week at the Cheltenham Festival he has had Shishkin at 4/1, Bob Olinger at 25/1 and just needs Envoi Allen to finish things of at 9/2.

But Paul says he was always relaxed throughout the long term accumulator and is now just looking forward to the future.

He now plans to visit his favourite place in the world, New York city, and wants to take his parents to Las Vegas for a holiday.

He also wants to invest in a house of his own and may even look at getting a share in a horse of his own.

He also claims he wants to do it again, saying: “I don't see why I can't do it again, I will back next year for sure as long as they allow me to keep betting, it's what I love to do.”