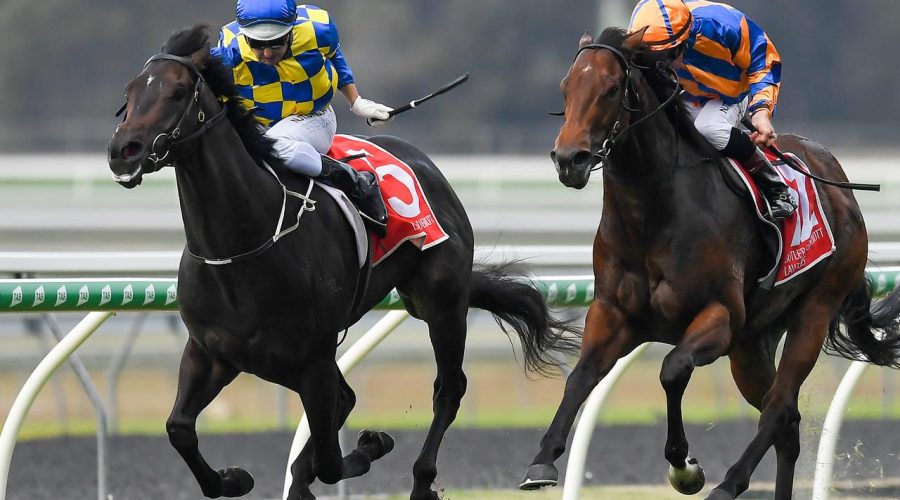 Handy sprinter Kalik is a prime example of statistics not always telling the full story.

Trainer Tony Haydon has elected to run Kalik in the Stradbroke Season on Sale Handicap (1200m) at Eagle Farm on Saturday.

The gelding had also been entered for the Silk Lasers Hcp (1200m) has been scratched.

Kalik has been a handy galloper winning four of his 19 starts and $190,000 in prizemoney but his Eagle Farm record does not appear anywhere near as good with a second and a third his reward for six starts at the track.

However his owner-breeder Neville Bell pointed out that statistic wasn’t 100 per cent accurate as Kalik had also run two close up fourths at Eagle Farm.

“He was also a close up fifth to top three year old Master Jamie at Eagle Farm,” Bell said.

“The worst placing he has at Eagle Farm was probably his best run there when sixth beaten about two lengths in a Listed race during the winter carnival.”

Bell said Kalik had been scratched from the Gold Coast last week because of a heavy track.

“He doesn’t get through the wet that well. But Eagle Farm is a good wet weather track and he should be suited,” he said.

Kalik continues to defy his breeding as Bell sent his dam Nuskee to sire Champions Gallery in the hope of getting a top stayer.

But Kalik has made his name as a sprinter while Champions Gallery was eventually sent to serve other horse breeds.

Bell believes the much maligned Eagle Farm track will show its worth on Saturday after receiving about 50mm of rain this week.

Doomben, which is across the road from Eagle Farm, raced as a heavy 10 on Wednesday.

Eagle Farm is expected to be rated a good four or soft five on Saturday.

“Hopefully, we will get some positive comments about Eagle Farm after Saturday,” Bell said.