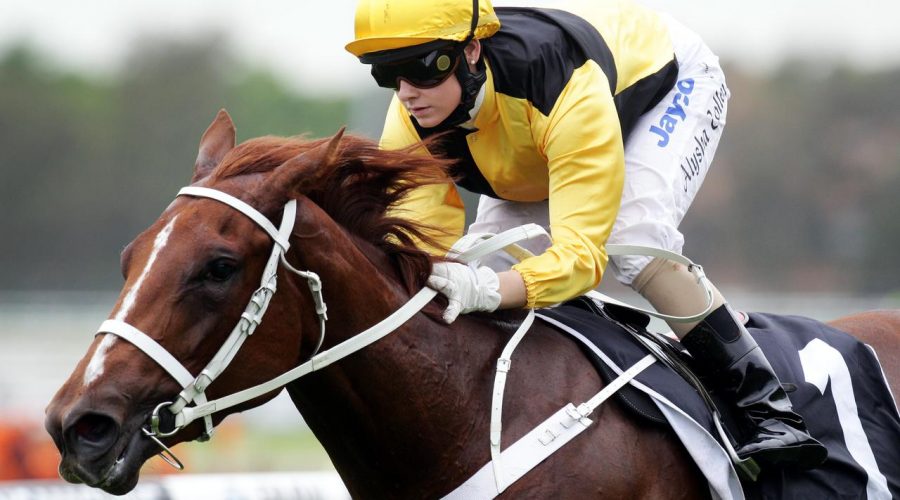 Hawkesbury trainer Matthew Vella has a simple message to those wanting to back his filly Silent Tryst in the fifth at Orange on Sunday.

The Sebring filly won first-up at Gosford before being well beaten when second behind Dundee Lee at Newcastle last start.

But that result wasn’t as bad as it looked considering how well her victor went after that win.

“She’s always been pretty good but has been unlucky to run into some nice horses at the provincials,” Vella said.

“The filly that beat her last start won on the Kensington track the other day so the form around her is great.”

Expect jockey Alysha Collett to allow the three-year-old to let the speed go and cruise in behind them before pouncing late.

Vella doesn’t think she’ll just go out and win though and is wary of how the race will be run over the 1400m.

“I’m confident she’ll run well wherever she goes but bringing nice horses but to the bush can backfire sometimes because of the way they race. They tend to go hard the whole way,” he said.

“She’s got a few tactics there where she likes to get back and relax and have a kick late.”

Silent Tryst hasn’t run for a month but her trainer told punters not to worry about her fitness levels.

“She’s done plenty of work at home and she’s definitely not going there underdone,” Vella said.

“She’s definitely going for the Provincial Championships next year. I was thinking about it this year but she probably wasn’t seasoned enough.

“She’s probably a prep or two away for that. It’s about giving her time and making sure she’s ready.”

Costa Del Mar runs fresh in the fourth race after showing promise during her first campaign which included a second placing at Orange to end her short first preparation.

Vella said she has really benefitted from her 14-week spell.

“She’s spelled very well but she’s a filly I want to be careful with because she’s ready to win first-up,” he said.

“I just don’t want to take her to a heavy track which might make it too hard for her.

“She’s going well and is ready to go. She’s much bigger and stronger now.”

Under Orders opens the account for the Vella stable in the first race over 1600m.

He was first-up at Goulburn four weeks ago when fourth but he went better than it looks on paper.

He’s the one who could just jump out of the ground and cause a minor upset.

“He needed the run first-up and he got right back and had to go around them but he made up a lot of ground late.”

“He’s got form around my best horse Blaze A Trail so getting beat by a few lengths buy him is good enough to be winning country and provincial races.

“He’s probably got the most upside of any of the horses I’m taking there. He’s going to be good once he gets to 2000m-plus and that’s where he could get to town.”

The Camelot mare, who will have Clayton Gallagher in the saddle, won at Hawkesbury three runs back before a three-length sixth at Canterbury and a second placing at Wyong two weeks ago over a mile.

“She looks like a good hope. She comes off good provincial form so she’s nice chance and she’s drawn well (4) which will help,” McCabe said.

Renalot is untested on heavy ground but she has won twice on soft tracks.

“She should handle it. This will be her best time now. I’m hoping she runs well because my target is the Wellington Cup on Sunday week. It’s worth $100,000,” McCabe said.

“All three of them are winning chances. I’d say Renalot is the best hope. It’s a big drop in grade for her but there’s still some nice horses in that race.”

If punters want to look at formlines, look no further than Know Where To Look’s.

She runs in the last race on the card after running second last start at Mudgee to Spilia.

But it was the horse that ran third who is a good pointer to how well she’s going.

“She went great. It was her first run for me,” McCabe said.

“Activation (third last start) has come out and won a Country Championships qualifier at Coonamble.”

The Drover is first-up for McCabe in a Class 2 Handicap (1000m) and he had a very good prep last time in with a win and two seconds.

If he puts it all together he’s a real hope.

He hasn’t been on a real wet track before but is by Bon Hoffa which should diminish some concerns.

“He went to the paddock after a nice second and he’s first up now and he’s a horse with plenty of ability but can do an awful lot of things wrong,” McCabe said.

“I spelled him hoping he’d mature. I don’t think he’s quite there yet.”