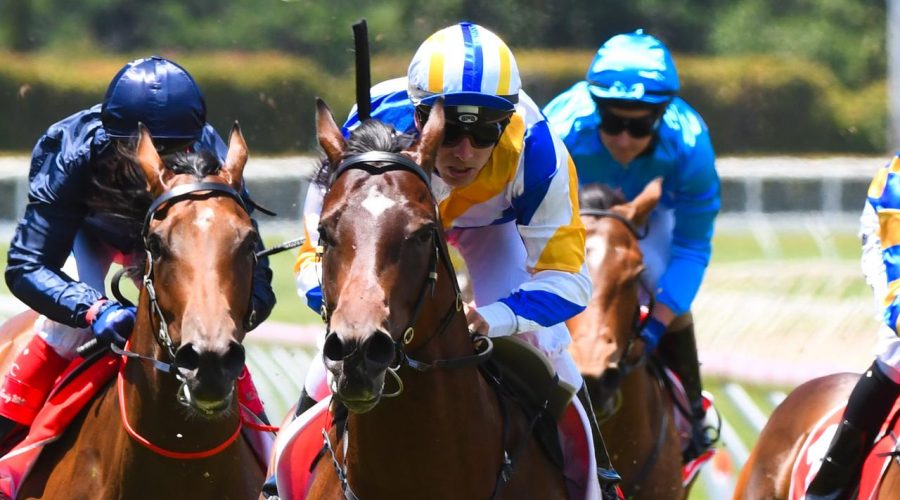 It’s hard to be confident about a horse that’s won twice from 31 starts but trainer Garry Lunn is justified in thinking that way about Ollivander heading into Friday’s Dubbo meeting.

That’s because the Charge Forward five-year-old is in the form of his life ahead of his Class 2 Handicap (1600m).

He won at Coonamble four weeks ago over a mile and would’ve started since but wet weather has kept him off tracks.

“People kept telling me how long it was since he won a race but I haven’t had him the whole time,” Lunn said.

“I had him in Mudgee since his Coonamble win and I thought he was a certainty there as a favourite but it got washed out and it also did at Scone the other day.”

Four weeks between runs is a query on paper but not to Lunn who has been watching over Ollivander’s work in the past fortnight.

“The horse goes well and I have a good opinion of him. He’s going into a mile race without a run since Coonamble, but he does work hard within himself at home,” he said.

“I don’t think there’s anything wrong with his fitness and he handles the sting out of the ground.”

Regular rider Clayton Gallagher will jump Ollivander out of barrier 11 in the capacity 12-horse field and that free space out wide is just what he needs to ensure he runs his own race.

It will ensure he gets himself into a nice stride and relaxes.

“There’s nothing wrong with the gate because he takes a while to muster speed and get through his gears,” Lunn said.

“I’ll leave the tactics up to Clayton. He’ll just let him jump and be where he is. It’s long straight run here at Dubbo and he can get into rhythm and go forward.

“I’d rather him be up there because he can dictate and go forward. You want to be wide at Dubbo on a wet track.

“He can get over racing if you grab him but Clayton knows the horse.”

And there will be no excuses if he doesn’t go back-to-back.

“The horse is going nicely and there’s nothing wrong with him so I’m pretty confident with him. I’d say he’s my best of the day,” Lunn said.

Triple Red goes around for Lunn in the sixth race and although she made up plenty of ground last start to run third at Warren she’ll want a drying surface.

“My track work rider said she does go better on drier tracks but we have to go around. There’s nothing like match fitness,” Lunn said.

“We decide to ride her back a bit further than normal the other day and she got home really well.”

Few Are is one earlier in the day that Lunn likes and the new stable arrival goes around in the opener after coming up from Victoria.

“I thought he could win at Mudgee when they called the meeting off,” Lunn said.

“We’ve kept him up to the mark and he’s done everything we’ve asked him to and he should grow a leg in the mud and be competitive.”

Taree: Robinson can score a double

Local trainer Matthew Robinson is keeping Mr Eighty Eight at Taree for his fourth run in a row at his new home track after a series of near misses since coming up from Victoria.

The Tavistock four-year-old contests a Class 1 & Maiden Plate (1600m) after getting pipped on the line over a mile a fortnight ago and before that recorded two thirds and wasn’t far off the winner on both occasions.

Robinson got him from Ciaron Maher and David Eustace who trained him to two seconds in Victoria.

So even though he’s shooting for his first career win on Friday he’s never missed a placing.

“He’s been very consistent but has just been running into one better at his past few starts so he’s due,” Robinson said.

“He gets in very well at the weights (53.5kg). He’s got no weight on his back so he should run very well.

“He’s probably looking for a little further but those races aren’t on for him at the moment but he’ll still race well.

“There’s a few others in it that go pretty well so it will be difficult but I think he’s up to them. I’d say he’s my best chance with a nice draw.”

Gold Coast trainer Michael Costa explains how much winning his first Grafton Cup in his former hometown means to him after Purrfect Deal won the $200,000 July Racing Carnival …

Zaru goes around in the eighth for Robinson and he hasn’t run worse than second from three runs this time in.

But he’s only won once from 12 starts with seven seconds.

“He probably goes a bit better than his record suggests and his form is really good,” Robinson said.

“I think he can be a provincial horse or even a TAB Highway horse down the track.

“Most of the horses that have beaten him have gone on and won a few races so once he puts it together I think he can be pretty smart. Some of them just take that little bit longer.”

Jesta Coco debuts in the second event for the stable after a stop-start beginning to her career.

“She’s had a few setbacks. She hasn’t been the soundest of horses,” Robinson said.

“She’s got a lot of ability but she has a few issues in her head and has been a bit of a barrier rouge.”

All three will be ridden by apprentice Jackson Searle.