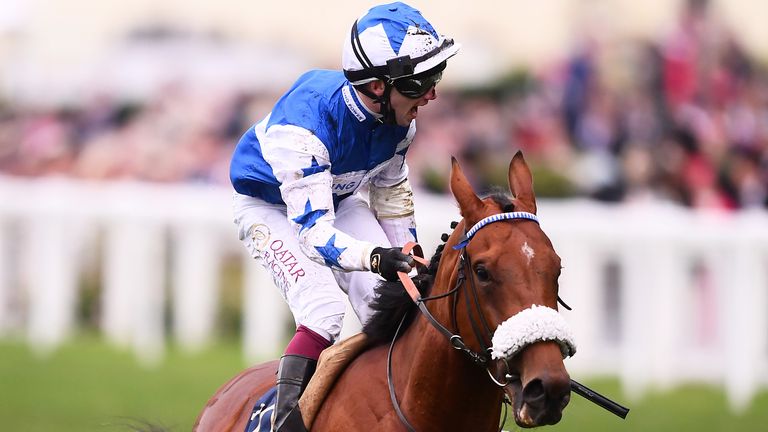 Oisin Murphy sealed the top jockey crown for the week when steering Foxes Tales from last to first in the Golden Gates Stakes.

Down the field in a Derby trial at Chester, he was having just his fourth career outing in the red-hot atmosphere.

As the field were taken along at a breakneck pace by Fantastic Fox, also owned by King Power Racing and the choice of their retained rider Silvestre de Sousa, Murphy was plum last in the early stages.

When Fantastic Fox drifted away from the rail a huge gap appeared and Murphy was able to guide his mount, who quickened impressively, to the front.

However, just as it appeared the race was over the inexperience of Foxes Tales came to the fore and he began to drift markedly to his left.

Thankfully for his supporters the 13-2 chance had enough in hand to win by two and a quarter lengths from Visualisation, with Irish Legend third.

It was a fifth winner of the meeting for Murphy and a fourth for Balding.