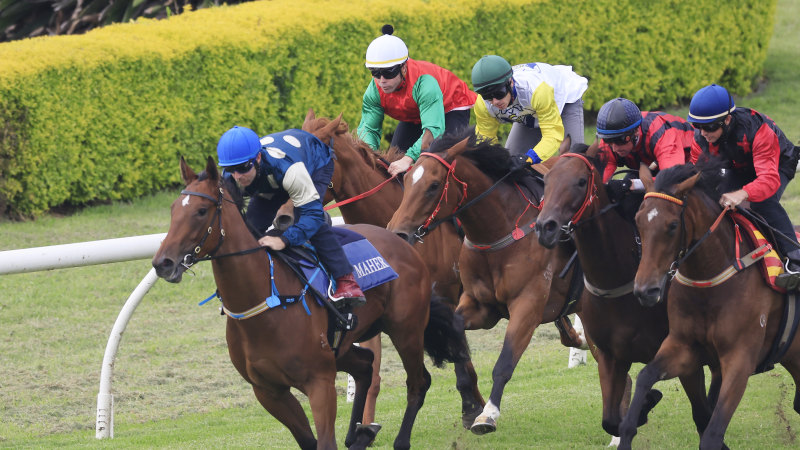 Barrier 13 would be considered unlucky by most, but when Magic Millions Classic favourite Coolangatta came up with that draw on Tuesday it only added to the confidence of trainer Ciaron Maher heading into Saturday’s $2 million feature at the Gold Coast.

The unbeaten Written Tycoon filly has a couple of group 3 victories from her two racetrack appearances and her work on Tuesday morning suggests she is ready to go to another level. 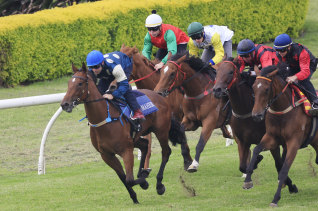 Tommy Berry wins a trial on Coolangatta at Randwick on December 7.Credit:Getty

While barrier draws can sometimes break hearts, what appeared a wide alley was met with a quiet nod and smile from Maher.

“James [McDonald] was very happy with her [on Tuesday] morning and the draw was the last part of the puzzle, it has worked out well,” Maher said.

“I just didn’t want to draw in with her because there is a lot of pressure when you draw low in a race like a Magic Millions with the favourite.

“That gate will let her find her rhythm, which was actually what I wanted, and it gives her the chance to show how good she is.” 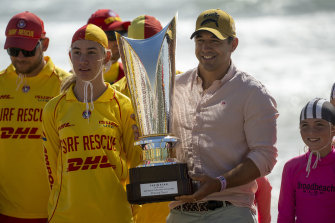 Coolangatta will come into barrier 10 if the emergencies don’t gain a start on Saturday and remained a $1.95 Sportsbet favourite after the draw.

Maher feels he has got the preparation right with Coolangatta, which has been the Magic Millions favourite since toying with the Gimcrack Stakes field in October.

“It is the art of training to have her at her top for her biggest test and I think we have done that,” Maher said.

“We had her a little soft for her win at Doomben [in the McLachlan Stakes] to let her improve into this race and she has done that.”

Coolangatta’s main dangers Russian Conquest, also unbeaten in two starts, and last Saturday’s Gold Pearl winner Miss Hellfire drew well for Peter and Paul Snowden and have the advantage of being to her inside.

“In terms of a barrier draw it doesn’t get much better than that,” Paul Snowden said after Russian Conquest drew gate four to remain a $7 second pick in betting and Miss Hellfire came up with 11.

“We wanted that soft draw for Russian Conquest. She has just kept on stepping up since her last win at Randwick. Her work [on Tuesday] morning was very, very good.

“If you were to tell me they would both draw inside the favourite and in single figure gates before the draw, I would have said that’s perfect.”

The same couldn’t be said for Wyong Magic Millions winner Soaring Ambition, which drew gate 20. It will mean Tommy Berry will probably have to go back and trust in filly’s big finish, which she used to come over the top of Miss Hellfire at Wyong.

The Headwater filly carries the best credentials into the Guineas as winner of the Percy Sykes Stakes and Furious Stakes last year but will be first-up on Saturday.

“We would have liked her to have a run up here just to take the edge off her,” trainer Luke Price admitted. “She worked a bit fresh [on Tuesday] morning, but she is flying.

“We got the soft draw we wanted and she is going to be hard to beat on Saturday.”