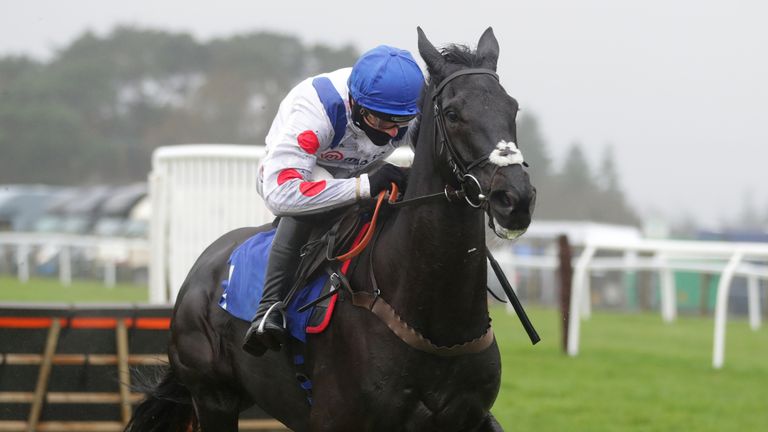 Leading juvenile hurdler Monmiral is already earmarked for Aintree in the spring, and will not even be entered in the Triumph Hurdle at the Cheltenham Festival.

Paul Nicholls’ French import, who numbers Sir Alex Ferguson among his owners with Ged Mason and John and Lisa Hales, scored with ease on his British debut at Exeter.

He was then upped in class for the Grade Two Summit Juvenile Hurdle at Doncaster, where he was an even more impressive winner.

However, Nicholls views him as an embryonic chaser of the future – and Aintree’s Doom Bar Anniversary 4-Y-O Juvenile Hurdle is by far this season’s preferred target.

“Monmiral goes to Haydock for the Victor Ludorum next, then on to Aintree,” said the champion trainer.

“He won’t even have an entry in the Triumph Hurdle.

“All those good horses I’ve had like Frodon and Clan Des Obeaux have finished down the field in the Triumph Hurdle – but they weren’t Triumph horses, and he is the same.”

Nicholls is confident Liverpool will suit Monmiral much better.

“The race at Aintree is worth a lot, and it will be a nice track for him,” he added.

“If you are going to be serious about chasing in the future, you have to mind him a bit. He wasn’t purchased for a Triumph Hurdle.”