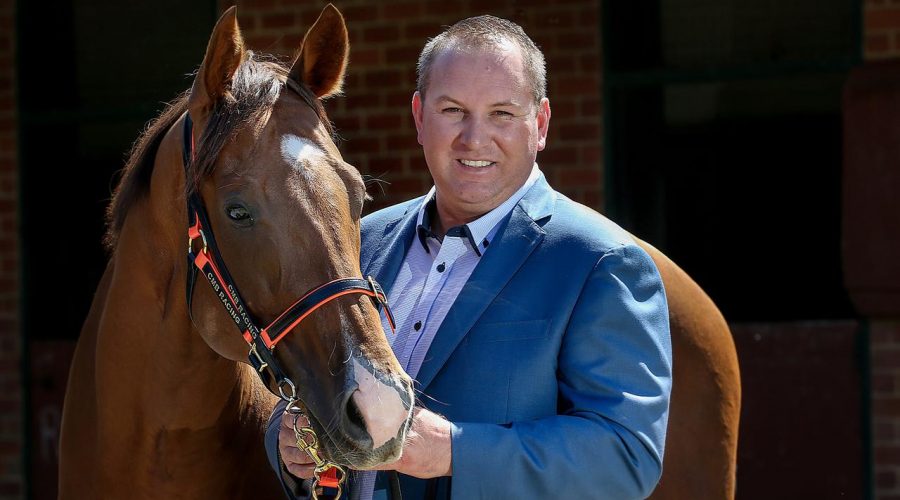 Chris Beig is expecting consistent filly Chosen Blonde to return a winner and to be looking towards some black type after Saturday’s meeting at Morphettville Parks.

Beig holds his daughter of Choisir in high regard and believes he’s found the right race for the talented three-year-old first up from a spell.

Chosen Blonde didn’t miss the placings in six spring runs and makes her return looking to end a run of three straight seconds in the Autumn Racing Carnival at Morphettville Benchmark 64 Handicap (1000m).

“I think she will jump and run and should be too good for them,” Beig said.

“She is the class runner of the field I think but I do have a lot of respect for the Clarken yard, particularly Will’s horse (Beau Rossa) which jumped out really well on the same day as ours.

“She has only had the one jump out but has come back in good order and went quite well in it. I was trying to put her in a good race that I thought she could win so hopefully that‘s the case.”

Chosen Blonde will be ridden by 3kg claiming apprentice Stacey Metcalfe and was a $3 second favourite in early betting behind Beau Rossa ($2.70).

She returns from a fourth month break after she was last beaten in a 1000m event on the Parks track by All Banter, which subsequently went on to win the Listed WJ Adams Stakes at Caulfield two starts later.

“She had a good spell and has come back bigger and stronger,” Beig said.

“At the moment she is still growing and she is so clean winded.

“Stacey got off her the other day and was saying how clean winded she is and I think her fitness will be there for her return.

Beig was contemplating heading to Flemington last weekend to run Chosen Blonde in the Incognitus Stakes (1100m) but elected against the trip across the border after some input from a senior jockey.

“I had her nominated in a Listed race last week in Melbourne but Jake Toeroek said he thought it would be better off giving her more time,” he said.

“She has come back a little fatter so I took his advice and gave her another gallop, which she did earlier this week with her stablemate Tubby Two Tracks and she couldn’t match it with her.

“I think she will get black type eventually but there is nothing programmed and it‘s a long carnival.”

Beig also has Mullaghmore in the Furphy No Metro Wins Handicap (1550m) and expects the five-year-old to run well with even luck.

Originally published asChosen Blonde to have more fun at Morphettville