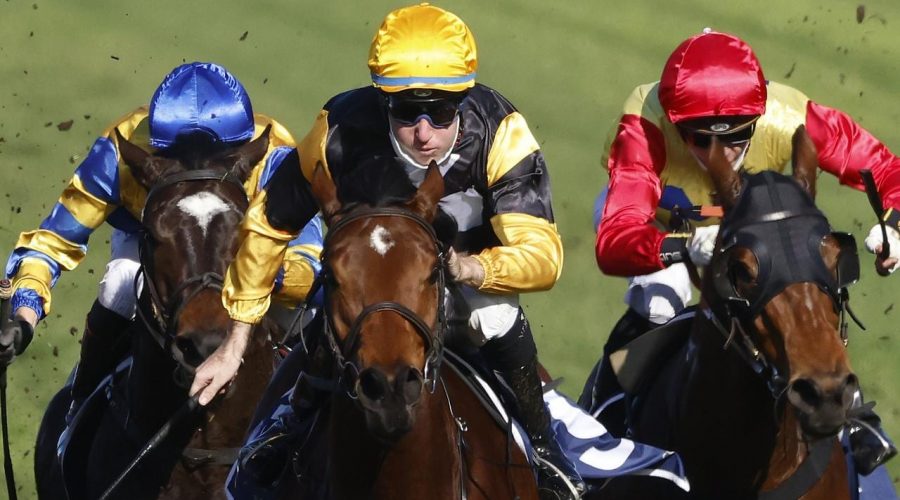 Trainer Greg Hickman created a piece of Sydney racing history when Our Bellagio Miss won at Rosehill Gardens on Saturday.

Our Bellagio Miss, confidently backed into $4.20 favouritism, was a consummate winner of the inaugural running of the $100,000 Midway Handicap (1100m).

This new race has been added to Sydney Saturday racedays and gives eligible city and provincial trainers a target race each week.

Hickman, who advocated for the introduction of the Midway races, received a standing ovation from his peers as he walked into the trainers’ room after the race.

The applause might have been more a lighthearted take from his rivals but Hickman took particular satisfaction preparing Our Bellagio Miss to win the first-ever Midway.

Our Bellagio Miss takes out the Midway!

“On the way to the races, I was thinking about the Midways and how good they are going to be for Sydney racing,’’ Hickman said.

“We are starting before Melbourne each Saturday, it’s bringing more money in, and gives more trainers and owners more opportunities to run in Saturday races for good prizemoney.’’

Hickman then echoed the thoughts of trainer Chris Waller when he said: “I feel Sydney is leading the way in Australian racing.’’

Almost right on cue, trainer Sterling Alexiou walked past Hickman and quipped: “You will get an invoice from Richard Freedman!”

Hickman, who has prepared many top gallopers over the years most notably the outstanding Pierata, gave Freedman due credit for supporting the introduction of Midway races.

Our Bellagio Miss was bred by Hickman and Racing NSW chairman Russell Balding, with their families sharing in the mare’s ownership.

“Russell and I bred this horse so that makes this win even more special,’’ Hickman said.

“It was a bit nerve-racking early in the week because this mare was going so well and we had set her for this race.

“We thought everything was right, her work was good Tuesday and the (heavy) track was suitable – she just had to go out there and get the job done but she has won very well.

“It means a lot to combine with Tommy (Berry) to win this race, too. We have been friends for ages and I just love him winning races for me.’’

Our Bellagio Miss could back-up in another Midway next week. Picture: Getty ImagesSource:Getty Images

Our Bellagio Miss ($4.20 favourite) was well ridden by Berry and held off the fast-finishing Just Field ($7) to win by a half-length with Wander ($18) a half-neck away third.

Berry, who completed a double after his earlier success on Tycoonist, told Hickman that he was surprised Our Bellagio Miss settled midfield early as the mare usually races on speed.

“It didn’t feel like they were rolling that quick but I didn’t have the pace to be up there,’’ Berry said.

“But I think it suited her because in some of her races she has got to the front and wandered about a bit.

“She did that again today but she had more to chase and it kept her mind on the job.’’

Berry supported the introduction of The Midway even though it will make for a busy day with jockeys having up to 10 rides and starting as early as 11am.

“It does make for a long day for a jockey but they are not just putting another race on,’’ Berry pointed out.

“The Midway is a great concept that is designed for a select group of trainers and owners. Our Bellagio Miss is the right sort of horse for these races.’’

Hickman even suggested Our Bellagio Miss could back up in The Midway over 1300m at Royal Randwick next week.

“I will see how she pulls up but if I’m happy with her we will look at the Randwick Midway next Saturday,’’ Hickman said.

“Hopefully, this win will give her more confidence because we have always had a good opinion of her.

“She had a bad tying up problem early in her career but I think we have sorted that out now and it is onwards and upwards from here.’’

Runner-up Just Field was held up for a run in the straight and her effort to close fast for second was an eye-catcher and minor placegetter Wander’s first-up effort indicates he is in for a good winter campaign.

At The Track with Ray Thomas

Racing NSW stewards will interview champion jockeys Hugh Bowman and James McDonald “as a matter of routine” after they were alleged to have flouted Covid-19 protocols while on a Queensland holiday.

It is understood the two jockeys have been cleared by Queensland health authorities after footage of them appeared on social media competing in cane toad racing at a Port Douglas hotel last week.

“We will speak to them as a matter of routine,’’ Van Gestel said at Rosehill on Saturday.

Bowman and McDonald had permission to stay in Queensland after the border was slammed shut to NSW on June 25. But Sydney jockeys Kerrin McEvoy, Tommy Berry and Rachel King all travelled back from Brisbane after the border closure to avoid having to go into isolation.

WEDDING BELLS HAVE TO WAIT

Sydney racing’s wedding of the year of Charlie Duckworth and Kathy O’Hara has been postponed due to the Covid lockdown.

Duckworth, who is leading trainer Chris Waller’s right-hand man, and O’Hara, one of Sydney’s leading jockeys, were due to tie the knot on Sunday.

HARRON IN NO HURRY

Everest slot-holder James Harron will play the waiting game before deciding which sprinter he will select for the world’s richest turf race at Royal Randwick in the spring.

Nature Strip (slot-holder Chris Waller Racing), Masked Crusader (Max Whitby, Neil Werrett and Col Madden), Lost And Running (TAB) and Gytrash (Inglis) have already been selected for the $15 million The TAB Everest on October 16. Defending champ Classique Legend is back in training and his owner Bon Ho has an Everest slot, while the likes of Godolphin, Coolmore and Aquis would have a preference to select one of their own sprinters.

That leaves just four slots remaining but Harron is in no rush to make his choice.

“The obvious one is Eduardo,’’ Harron said.

“I know there is a bit of talk about him running a strong 1200m but they said the same about Nature Strip. As he has matured, Eduardo is getting the trip better.’’

Harron said rising three-year-olds Stay Inside and Anamoe could prove hard to beat in The Everest.

“I think given how well the three-year-olds have performed in the race, and given the fact a lot of the good older sprinters have retired or are aged, it could end up being the season for a three-year-old,’’ he said.

“It will come down to the deals that are available.’’

Kerrin McEvoy, one of the nation’s most-acclaimed riders, has had another outstanding season but the perfectionist in him laments the ones that got away.

“I probably would have liked to have a few more winners in town,’’ McEvoy said.

McEvoy had ridden 40 winners and 63 second placings in the metropolitan area this season before the Rosehill Gardens meeting on Saturday.