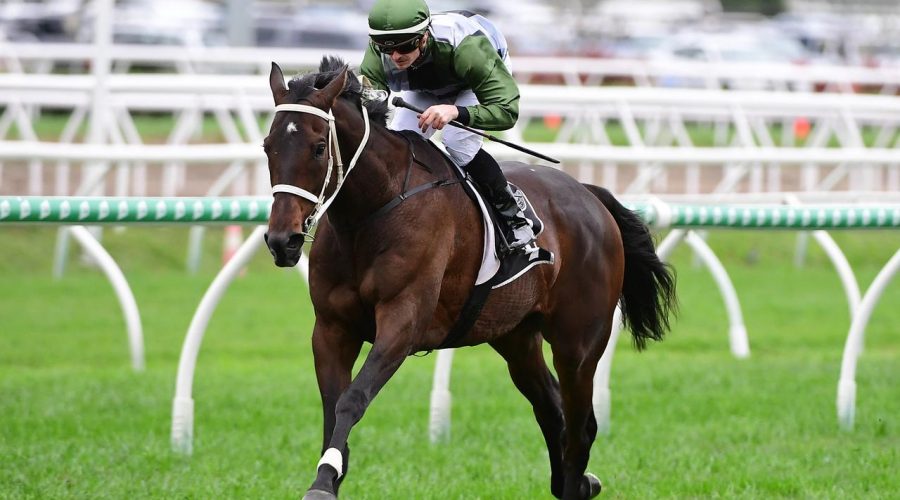 Covid-19 border restrictions made it a nightmare for the rising star of Australian racing to fly from Queensland to Victoria so he was floated by road instead this week.

He has arrived at Moody’s Pakenham stables and it is now full steam ahead for the promising stayer who is the $7 Caulfield Cup favourite and the top Melbourne Cup pick at $11.

Incentivise arrived at Moody’s just after 6am on Wednesday morning and the trainer reported everything was at it should be.

“He has had a good hour or so in the box and his temperature is normal and he had a pick and a feed and then I took him out and trotted him up,” Moody said.

“I trotted him up four or five furlongs, just to loosen him up and stretch his legs.

“He is a happy, healthy boy and he seems bright and alert.

“Pleasingly he has travelled well, all his shoes are in place and he has had a nice look around Pakenham on the trotting track.”

Moody’s trackwork rider reported Incentivise was “very bright and well in himself.”

Since winning a 1600m maiden at the Sunshine Coast in April, Incentivise went on a slashing five-race winning streak.

Incentivise won his past four outings by a total of nearly 40 lengths.

His performances caught the attention of prominent Victorian owners Brae Sokolski and Ozzie Kheir who bought a 50 percent stake in the son of Cox Plate winner Shamus Award.

Sokolski told Racenet on Wednesday morning that the likely spring kick-off for Incentivise was the Group 1 Makybe Diva Stakes at Flemington on September 11.

It is probable he would then progress to the Group 1 Turnbull Stakes three weeks later.

Incentivise’s original Queensland trainer Steve Tregea still has a major say in boom stayer, with the Toowoomba-based horseman retaining a controlling ownership share as the galloper is prepared for spring riches.

Chris Calthorpe, from Air Horse Transport, had been set to fly Incentivise from Queensland to Melbourne but that task proved just about impossible due to Covid-19 restrictions.

Up until now, Incentivise had been stuck in Queensland.

“They wanted to do it Monday or Tuesday this week but I couldn’t get into the state (Queensland),” Calthorpe told Racenet on Wednesday morning.

“So the horse ended up trucking down.”

Racing Victoria’s latest advice regarding interstate horse travel to Victoria reads: “Transportation of horses to Victoria from all states and territories remains permitted provided that the horses are transported by an approved float company that is permitted to do so under any Government directives.”