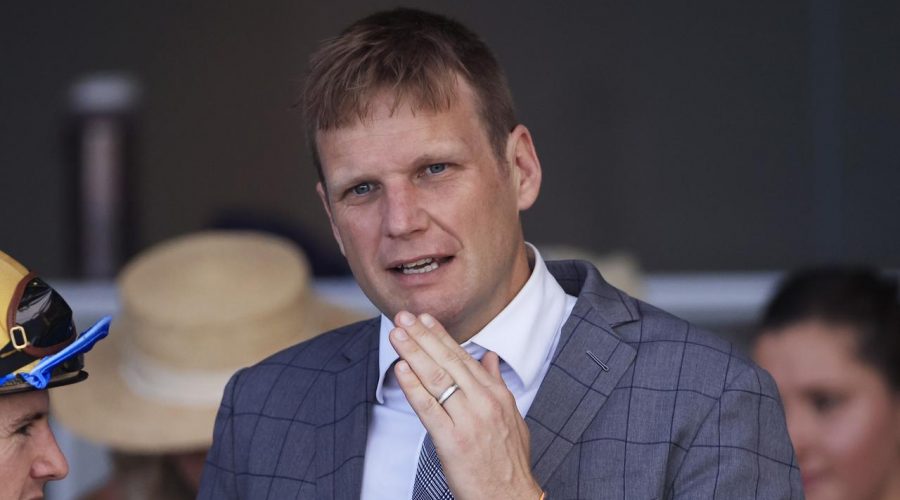 Trainer Bjorn Baker isn’t concerned Parry Sound has to come back in distance in a bid to finally secure a stakes race win in the Listed $150,000 WJ McKell Cup (2000m) at Rosehill Gardens on Saturday.

Parry Sound has reeled off a hat-trick of second placings this campaign including chasing home Polly Grey in the Lord Mayor’s Cup then Knights Order in the Winter Cup.

Baker concedes Parry Sound has been unfortunate to run into two in-form stayers – Polly Grey had won the Group 3 Epona Stakes and Listed Gosford Gold Cup before her Lord Mayor’s Cup success while Knights Order followed his Winter Cup win by romping away with the Group 2 Brisbane Cup.

“Parry Sound has been unlucky to run into a couple of really good, quality horses who are in the zone,’’ Baker said.

“No doubt he deserves a big race win but he actually finds a pretty tough race again.’’

Parry Sound is coming back from 2400m to the McKell Cup distance but Baker maintains the gelding is versatile enough to cope with the shorter trip.

“He is a naturally fit horse and haven’t had to do too much with him since his last start,’’ Baker said.

“I’m not worried about coming back in trip, either. We have kept him relatively fresh and he has a good gate.’’

Parry Sound is on the second line of TAB Fixed Odds betting at $5 – Stockman is favourite at $4.60 – to get that elusive big-race win in the McKell Cup.

Miss Einstein is one of three Baker runners in the Bowermans Commercial Furniture Handicap. Picture: AAPSource:AAP

Baker has a powerful team in number and quality at the Rosehill meeting including a trio of mares, Belluci Babe, Miss Einstein and Bring The Ransom in the Bowermans Commercial Furniture Handicap (1300m).

Belluci Babe is the favoured Baker runner at $5.50 with Miss Einstein rated at $21 and Bring The Ransom $26.

“I’d prefer a drier track for Belluci Babe but she is a mare that I think will get to stakes grade and she looks fantastic,’’ Baker said.

“Her class will carry her a long way.

“Miss Einstein is a mare I have always had a lot of time for and she handles a wet track.

“Bring The Ransom wasn’t suited by the sprint home last start and I don’t think she is out of it. Hopefully she can be ridden a bit closer from her good barrier.’’

Miss Jay Fox has won three of her last five starts including a dominant win at Gosford in heavy going last week.

“You can’t know Miss Jay Fox, she is racing so well,’’ Baker said.

“This is a step up for her but she is rock-hard fit and her form suggests she won’t be far away.’’