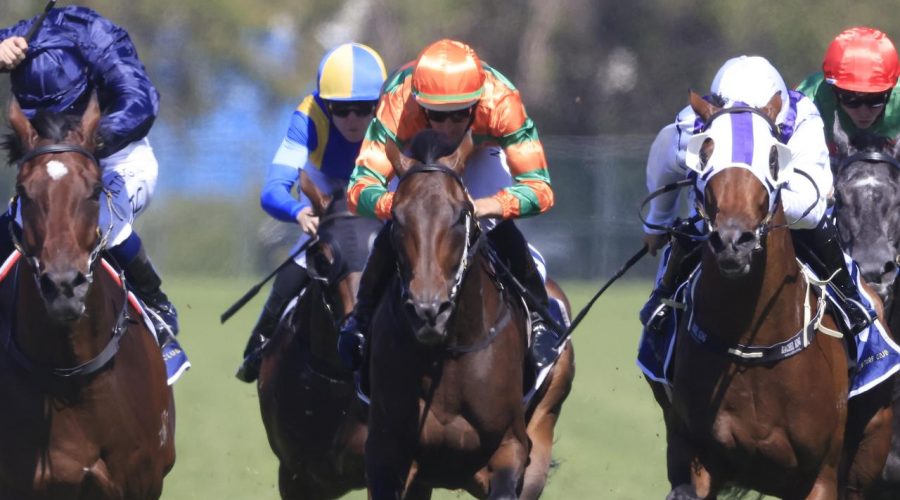 Kiwi three-year-old The Frontman had both jockey and trainer scratching their heads last Saturday but they remain optimistic the colt can recapture his best in this week’s Australian Derby at Randwick.

Trainers Murray Baker and Andrew Forsman sent The Frontman to last week’s Group 2 Tulloch Stakes in an attempt to win the race for the third time in the past five years en route to the Derby.

The prominent Kiwi stable have won four of the past eight editions of the Derby while Baker added a fifth to his name back in 2008 through Nom Du Jeu.

Each of their past two winners have won the Tulloch in the lead up with Quick Thinker thriving on the quick back-up last year and Jon Snow also showed a liking to the seven day turn around in 2017.

Yaletown leads all in the Tulloch Stakes for @gaiwaterhouse1.

Baker and Forsman hatched a similar plan to launch their 2021 Derby assault with The Frontman before the colt failed to run to expectations when finishing eighth at Rosehill last weekend.

“I didn’t know what to make of it really,” Forsman admits.

“We spoke to Hugh (Bowman) and we couldn’t figure it out. There was nothing wrong with him and he has come through the run well.

“We have a high opinion of him.

“He was strong through the line late but is still a colt and probably is a colt that needs everything to go his way.”

Baker and Forsman are hoping for a change of fortunes on day one of The Championships.

One advantage Forsman knows The Frontman has over many of his rivals on Saturday is the ability to run the 2400m Derby test.

The Frontman proved he could do so when finishing third, less than half a length behind winner Rocket Spade, in last month’s NZ Derby.

“He has run the trip before so we know he can do it and probably half the field isn't going to run it out you’d think,” Forsman said.

“I think switch to Randwick should suit him too.”

Bowman will link up with The Frontman again on Saturday where the colt is a $26 outsider with TAB.com.au after drawing barrier eight.

Baker and Forsman also have Aegon in the Doncaster Mile and the three-year-old drew barrier 7 for the $3 million feature.

Aegon is $11 to win the Doncaster Mile.