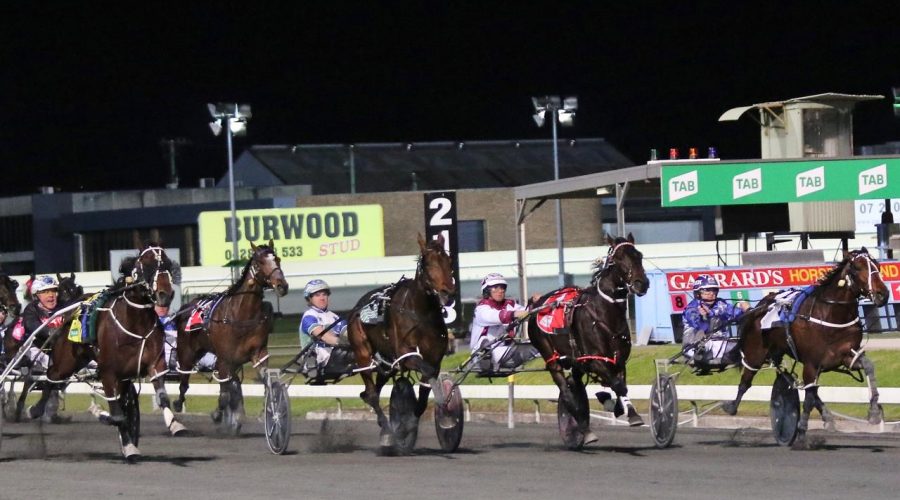 Outsider Amazing Dream has burst the bubble of her more favoured rivals in an incident marred Group 1 Blacks A Fake at Albion Park on Saturday night to score at the massive odds of $61.

Long odd-on favourite King Of Swing was expected to lead from the inside draw however the champion was pressured from the outset with Amazing Dream tearing out of the gates and pushing forward from gate four to take the early lead.

Copy That from the five gate then pushed on to take up the vanguard with Amazing Dream easing to take the trail.

At the same time, after King Of Swing had lost his early barrier advantage driver Luke McCarthy looked to stay off the fence and get the hot pot into rhythm however there interference and the long odds-on pop galloped badly.

Boilover in the TAB Blacks A Fake!! The amazing mare Amazing Dream takes out the Group 1 feature in a thrilling finish @TheCreekAlbion! pic.twitter.com/TunyR4wyou

He went back through the field and when finally into stride was a long way off the leader Copy That.

McCarthy was able to get onto the back of Expensive Ego who worked around the field to sit in the ‘death seat’ but the early trouble had a massive effect on the end result.

The $1.22 TAB fixed odds on favourite simply had too much to do after the early trouble and with Copy That running along in front, even allowing for King Of Swing getting into the one-one, the odds were stacked against him.

Amazing Dream all the while had been given a sweet drive by Blaire Orange and when into clean air on straightening she charged through to take the lead with the desperately unlucky $151 chance Rockin Marty powering home for second.

Rockin Marty could well have caused the upset of all upsets after being held up for clear running as the winner was getting clear and he’s only gone down by only 1.3m, edging King Of Swing out for second spot with the heavily backed Copy That ($10 into $5.50) weakening to finish fourth.

July 24, 2021 Horse Racing Comments Off on King Of Swing beaten in Blacks A Fake under sensational circumstances as $61 chance triumphs
NFL News